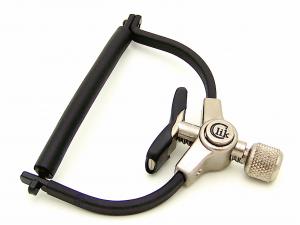 A friend of mine who is a singer/songwriter came in the office the other day and saw me fiddling with a slew of capos—namely Paige, G7, Kyser and Shubb.  I had the Paige strapped on and was getting acquainted with it. The friend was intrigued with this new Clik Capo—he’d never used a Paige and neither had I. So he gave it a test-run too. It’s always good to have two perspectives, right?

The common thread with all Paige capos, and the original feature that separates it from other capos, is the center of gravity.  Basically, you clip it on and screw it in snugly from the back center of the capo.  What’s the big deal with this, you might ask. If you’re someone who constantly needs reassurance about things (or maybe you’re a perfectionist), then the Paige will allow you to rest easy—knowing that there’s no upward or downward hinging that could bend your strings. That’s not to say other capos that are hinged from top or bottom are faulty. It’s just that your risk of error probably goes down slightly using a Paige.

The downside is that it is a tedious capo, and it won’t appeal to everybody. You can’t please everyone—but that’s ok. So before he left, my singer/songwriter friend said, “I can’t imagine using this at my shows… it would just take too much time to screw in. I just want to clip and go.” Whether or not to use the Paige at your shows (if this even applies to you) is your prerogative,  but I gotta say that this Clik Capo might fit your tastes to a tee. To summarize: Paige is for the perfectionist. 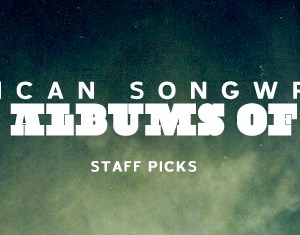