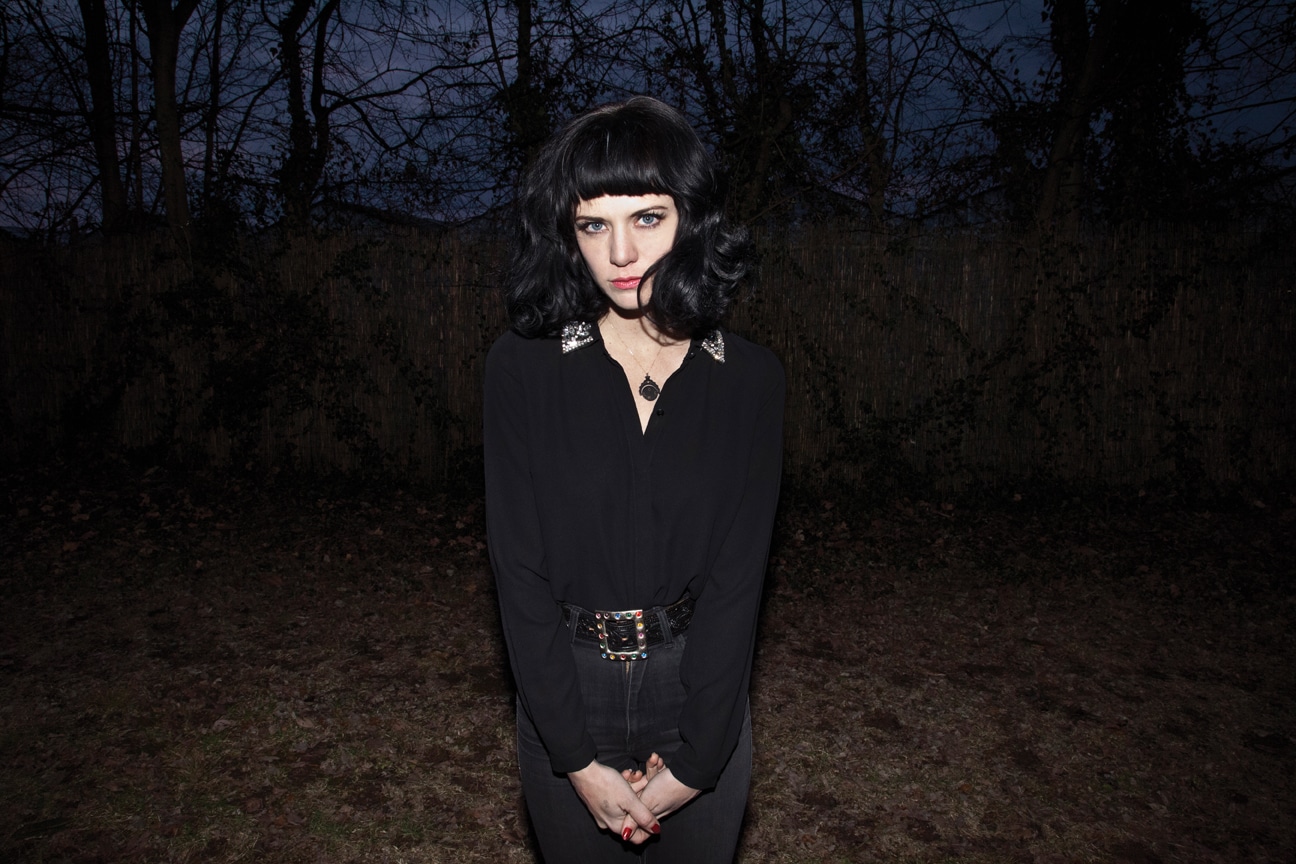 Nikki Lane Kicks Up Some Dust

To hear singer-songwriter Nikki Lane belt out a tune, you’d think that country music flowed through her veins.

She’s got a rich and raspy drawl – simultaneously evoking a Nashville great like Loretta Lynn, a ’60s pop singer like Nancy Sinatra, or a punk rock icon like Exene Cervenka. But there’s a unique balance of sweetness and grit to her singing style that immediately sets her apart from some of the more mainstream figures in country music.

Lane’s interest in outlaw dustups and western ballads, it turns out, is a fairly recent development. As she explains in a phone interview between shopping trips, Lane came to country well after becoming a grown-up.

“I grew up listening to the radio,” Lane says. “I didn’t start listening to Waylon Jennings or Loretta Lynn until I was in my early twenties. I was moving to New York and a friend put some songs on an iPod for me. He told me I should cover ‘Dreaming My Dreams’ by Waylon Jennings. I had no idea what that song was – I thought it was kind of slow.

“It took me a while to acknowledge that I was interested in it,” she continues. “But to be honest, when I sing it sounds country. I’m not really given much of an opportunity. I would look hilarious if I tried to sing rock and roll. Country for me is just a default. I had to tune in and play catch up.”

On Lane’s sophomore album All Or Nothin’, it’s fair to say that she’s more than caught up. Produced by The Black Keys’ Dan Auerbach, the album is an eclectic mixture of melodic, albeit rough-and-tumble songs that are simultaneously rooted in country with a swirl of raw, rock and roll riffs and R&B strut.

A track like “Right Time” finds Lane kicking up some dust with a foot-stomping, hand-clapping blues rock rave-up, while “Good Man” mashes up lap steel, reverb and a “Be My Baby” back beat. And “Seein’ Double” (which was formerly the working title for the album) has a touch of surf-rock in its late-night, lonesome rumble. Whatever you call the style of music that the Nashville-based artist plays, it’s anything but traditional.

Fittingly, Lane is also drawn to putting herself in the shoes of a tenacious or gritty narrator, whether it’s in a sexual misadventure like “Sleep With A Stranger,” or a wife who’s reached her bullshit quota on “Man Up.” There’s a little bit of Nikki herself in those songs, but they’re still far from autobiographical. “Writing for me is really cathartic,” she says. “But in order for it to be something I can share with you, and talk to you about, I have to be able to separate myself from it.”

With Auerbach’s assistance, some of the songs on the album underwent a process of evolution in the studio. But as Lane explains, she makes a point never to labor a song if it doesn’t come to her naturally.

“They just kind of come or they don’t,” she says. “I have friends who tell me they spend a year working on something. If something doesn’t stick in my head and get completed that day, it often never comes up again. I know if I sit down and start strumming, I can probably write some melody over it. And I just kind of wing it, you know? It either sticks or it doesn’t.”

Lane currently calls Music City her home, but like her conversion to country and western, her move happened fairly recently, and after taking a roundabout path to end up there. Born in South Carolina, Lane moved to Los Angeles in 2006 to pursue a career in fashion, which then led her to New York City, where she began performing music and eventually ended up in Nashville. All these treks can be partially attributed to her career(s), but Lane concedes that a lot of the time, it just comes down to restlessness.

“I’m constantly looking for new stimulation or telling myself that this environment doesn’t work anymore,” Lane says. “And I fall victim to the saying, ‘You’re still stuck with yourself when you get to El Paso.’ I’m bringing this brain with me everywhere.

“I don’t know if I’m going to continue to move to satiate that desire,” she continues. “I have too much stuff now. But I find ways to get that out of my system now. But when I moved from South Carolina to L.A., I needed to go.

“When you look back on it, it all paints a really nice picture.”

0
The holidays have passed and Mark Huff is back home in Las Vegas for a few weeks, seeing old friends and playing...
Read more
Features

0
The end of 2019 is hours away and barring a crazy-timed release, there isn't an album that is set to make its...
Read more