Vintage-inspired guitar players can finally rejoice — a Brownface Fender amplifier reissue is now available. Over the last decade, Fender has listened to its customers’ desires and produced faithful updates of classic Fender circuits such as the Champ, Bandmaster, Tweed Deluxe, high- and low-power Tweed Twin, and most recently a hand-wired Blackface Deluxe Reverb. All stay tried and true to their vintage predecessors, while being outfitted with modern reliability. Nonetheless, Fender historians have still long been waiting for the Brownface circuit to return.

The Brownface era of Fender amplifiers debuted in the early 1960s, identified by its brown front panel, radio-style knobs, and wheat brown tolex-dressed cabinet. Reverb was not yet a standard offering on a Fender amp, making them lighter and easier to transport.  Brownface Fender amps are coveted by collectors, and were only produced for a few years. They hit with a direct punch, and come loaded with a unique tremolo circuit unlike the Fender amps to come after it. Thanks in part to Nashville’s own Chris Stapleton, the Brownface Princeton is finally here and ready for its next chapter in recording and live music.

The Brownface Princeton has become a reflection of Stapleton’s guitar style and tone. After working with various small and large amps, the 1962 Fender Princeton found its way into the forefront of his rig. However, Stapleton found the original 10” speaker underperformed in a live band scenario. He purchased a second Princeton amp, which was outfitted by its previous owner with a 12” speaker, making this amplifier more road-reliable for the Grammy-winning songwriter and guitarist.

The Chris Stapleton Signature Princeton Amp is at its electronic heart a true 1962 Princeton, driven by a pair of 6V6 power tubes (rated at 12 watts), with two 12AX7s in the preamp, and “Blue” tone capacitors. In the ‘60s, these were “everyday” capacitors, adding an extra mystique as to why these amplifiers sounded exceptionally good. This amp features a 12” Eminence “CT” speaker, and is housed in a lightweight and durable Pine cabinet. A Filson fabric cover is supplied for protection, and vintage correct single button footswitch to engage/disengage tremolo.

I was able to test the Chris Stapleton Princeton against Fender’s two standard production Princetons — the Blackface and Silverface reissues — using a Fender Jazzmaster, with no bias towards any particular amp. The Blackface Princeton was the brightest and most present, making it a perfect fit for country twang and blues. The Silverface Princeton had the fullest bass and a flat preamp, providing a lush, clean tone with plenty of headroom — perhaps an ideal platform for a pedal enthusiast. The Brownface Princeton sounded the absolute most like the guitar being played through it.

This Princeton amplifier is one of the most organic sounding amplifiers on the market today. It most certainly can be cranked in the heat of battle, but around 4-5 across the panel is where this amp lives. Its simple circuit responds artfully to a player’s dynamics and volume control. It oozes with the sweet sound of soul, love and heartache that dominated the radio in the ‘60s and is faithfully created by Chris Stapleton.

Guitars are more or less mid-range instruments, and what makes this Princeton great is it gets loud in the right places without competing negatively with bass and treble frequencies. A guitarist can turn up on stage and not be tossed off for inciting a loudness war, making this amp a sound engineer’s dream.

The Chris Stapleton Princeton features period correct 12AX7 tube biased tremolo. This style waveform tremolo is unique to vintage Brownface Fender amps, and produces a lush and dreamy tone with less choppiness than a later blackface circuit. This tremolo starts off slightly faster at its lowest speed setting in comparison to later Princetons. At higher speeds, this tremolo harkens back to your favorite spy theme with an intense, rhythmic pulse. My favorite setting was speed at 2 and intensity at 5, which produced the “lose yourself” sound that this tremolo is known for at the dynamic I typically play.

On the business end, Fender’s mission with this new signature Princeton was to make it sellable in 2019 on a global market. This meant going against the “vintage” curve and providing the Stapleton Princeton with modern safety features such as a tube guard and a grounded three-prong power cable.

Thanks to Fender and Stapleton, musicians can now easily get their hands on a true, faithful ’62 Princeton Reissue. Keep in mind, vintage Princeton Amps can still be found, and are actually not priced much farther than the $1,999 MAP of this reissue amp. However, many will share Stapleton’s opinion that they wouldn’t want to risk a vintage low-power amp dying during a gig. This reissue was designed for the pro working musician. So whether you’re gigging nights on end or recording with vintage character, the ’62 Chris Stapleton Princeton Amp is ready for you to “fire away!” 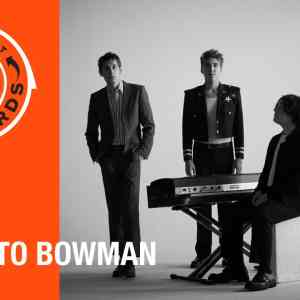 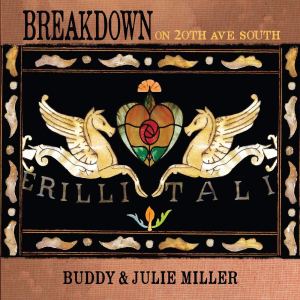