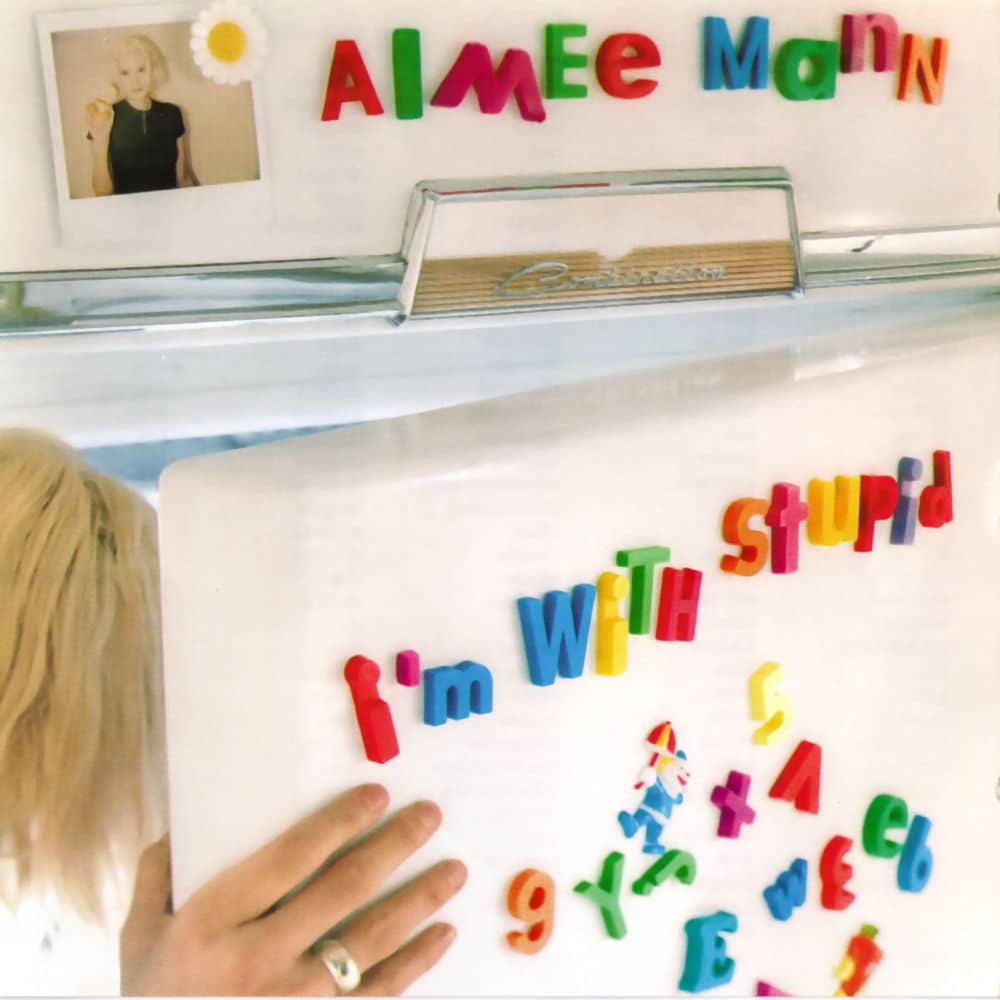 Aimee Mann, “That’s Just What You Are” Complaining about the Grammys has become a pastime almost more enjoyable than actually watching the show. But every now and again, music fans can be heartened by one of the awards actually landing in the hands of someone who actually deserves it. Such was that case with Aimee’s Mann’s victory last week for her wonderful 2017 album Mental Illness, even if came in a category (Folk) which seems ill-fitted for her style of music. (Technically Mann won a Grammy in 2006 for “Best Recording Package”, but this was the first win for her that was music-related.)

Nonetheless, it was long overdue, as Mann has built one of the impressive songwriting catalogs in recent history. Going all the way back to 1995’s I’m With Stupid, Mann was already on top of her game as a solo artist in just her second attempt. And she had already mastered the formula of marrying impossibly catchy tunes to words that simmered with disappointment and dismay. Exhibit A: the melodically springing and lyrically stinging “That’s Just What You Are.”

This was a point in Mann’s career where her frustration with the machinations of record companies and the music industry in general often fueled her lyrics. Indeed, the person being addressed in “That’s Just What You Are” could be an ex-lover or an A&R man. What sets Mann apart on songs like this is her ability to deliver a verbal takedown without seeming vindictive or nasty, making her argument always seem like the commonest of sense.

“That’s Just What You Are,” co-written with producer Jon Brion, also demonstrates Mann’s expert adherence to meter and cognizance of internal rhyme. The very first two lines (“In our endeavor we are never seeing eye to eye/No guts to sever so forever may we wave goodbye”) manage to both display her nimble wordplay and sum up the situation with no-frills efficiency. For the remainder of the song, the narrator casually dissects this guy’s claim that his behavior is immutable and the result of some long-ingrained character flaw. “I won’t fall for the oldest trick in the book,” she insists.

“What’s the matter with the truth, did I offend your ears?” she queries in the second verse, and it’s the kind of zinger that would put a normal guy on the ropes. But the whole point of Mann’s song is that this person she’s addressing lacks the conscience that would allow these complaints to register. “Like it would kill you just to try and be a nicer guy,” she says, suggesting that the simplest of moves toward congeniality are seemingly beyond him.

In the bridge, the melody arches upward and Mann’s vocals betray the hurt the narrator is obviously feeling at continually running into the same wall. “Now I could talk to you till you’re blue in the face/ But we still would arrive at the very same place/ With you running around and me out of the race.” Finally she finds herself reluctantly agreeing with his position, realizing that what she’s asking of him is simply impossible: “So maybe you’re right nobody can take/Something older than time and hope you could make/It better that would be a mistake.”

Mann finally relents in the closing moments: “So take it just so far/ ’Cause that’s just what you are.” By that time, she’s blanketed on backing vocals by Chris Difford and Glenn Tilbrook, songwriting team for Squeeze and a pair that knows a thing or two about pop music excellence.

In an interview with American Songwriter last year, Mann defended her proclivity for downbeat material. “I don’t understand how people can just listen to purely happy music,” she said. “And writing music that is just straight ahead and happy with no conflict, it’s like going to the gym or something. It feels like a chore.”

In other words, that’s just what she is. That, and a Grammy winner.

0
From Cole Porter to Sinatra to "Danny Boy," "Over The Rainbow," "Ave Maria" and Beyond He’s...
Read more