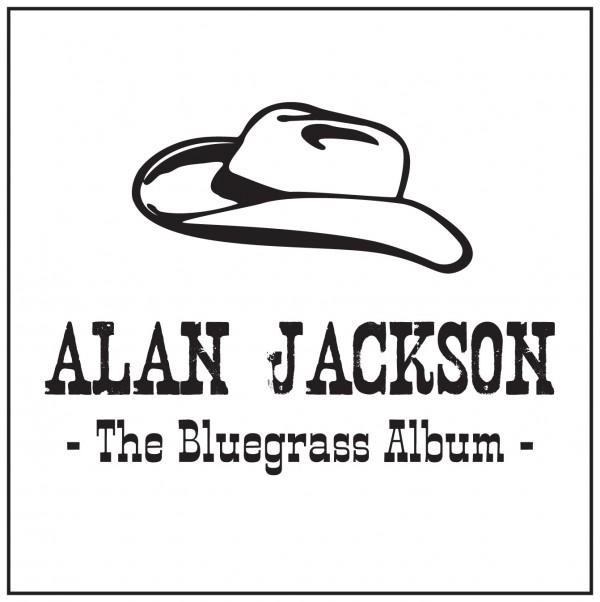 Anyone who’s listened to Alan Jackson sing about everything from lifelong love to bologna sandwiches knows that he believes in what he writes about. That’s what makes The Bluegrass Album a winner; he certainly didn’t have to record an album like this, he did it because he wanted to do it, and he sings the eight songs on this album like he’s lived them. And he understands the bluegrass genre well enough to have written these songs with chord progressions and melodies that fit the bluegrass mold, even though they could have appeared on one of his country albums as well.

In addition to his own songs Jackson includes a few choice covers here, like John Scott Sherrill’s “Wild and Blue” (recorded in 1982 by John Anderson), a couple songs by his nephew Adam Wright (who co-produced the album with Keith Stegall), and Bill Monroe’s “Blue Moon of Kentucky,” which seems a little unnecessary since it’s been covered by hundreds of people, except that Jackson does it justice by performing it in the original 3/4 time. The band here plays great without sounding like every other bluegrass band on the planet. Pickers include Jackson’s longtime tour guitarist (and obvious Tony Rice devotee) Scott Coney, resonator guitar ace Rob Ickes, and fiddle player Tim Crouch, whose playing evokes the spirit of Monroe’s early Blue Grass Boys more than anybody else in the band.

Even though he might not be the type of music personality who makes a lot of headlines for his personal life, Jackson has written and recorded a batch of songs here about love, women, alcohol, and trouble in general that sound like he knows what he’s talking about. So when he sings: I’ve felt the love of Jesus shining on me/Felt the devil’s wicked ways/Prayed for forgiveness, prayed for redemption/Prayed just to make it through the day, on the track “Long Hard Road,” he sounds like he’s lived the stuff of authentic bluegrass and country music. While this is still a typical Alan Jackson album in many ways, it’s a fine bluegrass album, and a good primer for those who aren’t all that familiar with what bluegrass is supposed to be. And it’s an album that reaffirms Alan Jackson as one of our best living traditional songwriters.