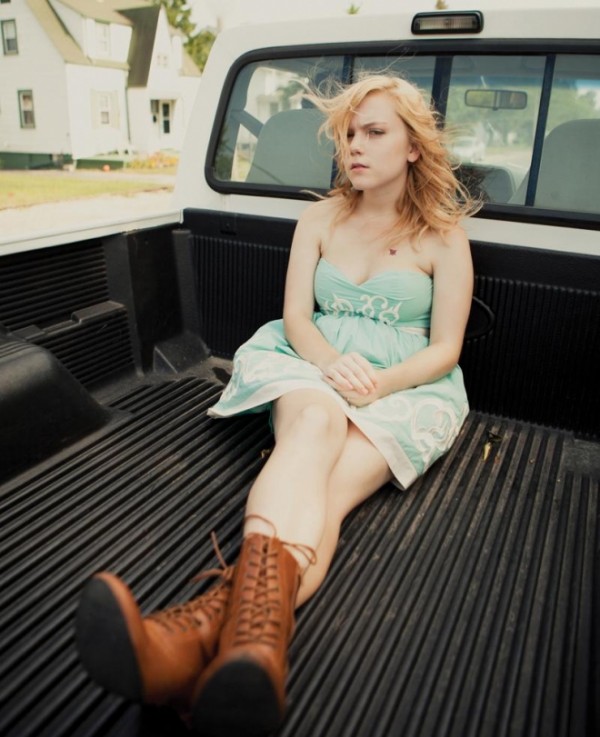 At 22 years old, country-punk spitfire Lydia Loveless is a full-blown adult. Still, even a grownup can get a bit boy crazy at times.

“I came up with the idea for the song ‘Boy Crazy’ when the band and I were all drinking at SXSW,” she says, “and I was reminiscing for a bit about how a friend and I used to like to go to my little brother’s baseball games and flirt with all the boys on the team. People would call us boy crazy. When you’re young, you don’t know why you like someone; you just have all this energy. But when you grow up, there is less innocence. You get called all kinds of horrible names, like slut, if you go around dating a baseball team’s worth of dudes. It gets increasingly difficult to navigate relationships and friendships with others as you grow older, especially as a woman.”

That song doubles as the title track and stylistic anchor of her new EP. Setting the scene for a new full-length album in 2014, Boy Crazy rolls the influence of Lucinda Williams, Kathleen Edwards and Exene Cervenka into a direct, defiant tracklist that twangs one minute and headbangs the next. Some people call it alt.country. We just call it good.

“I wrote the rest of the songs in the month or so after that discussion,” she continued, “except for the song ‘Lover’s Spat,’ which I had originally written about Jeffrey Dahmer for my side project. We rehearsed for about a week and then went into the studio with a couple thirty packs and knocked it out. It’s my rock and roll tribute to baseball pants and youth.”

Stream the full thing below (and pre-order it here), one day ahead of its official release.