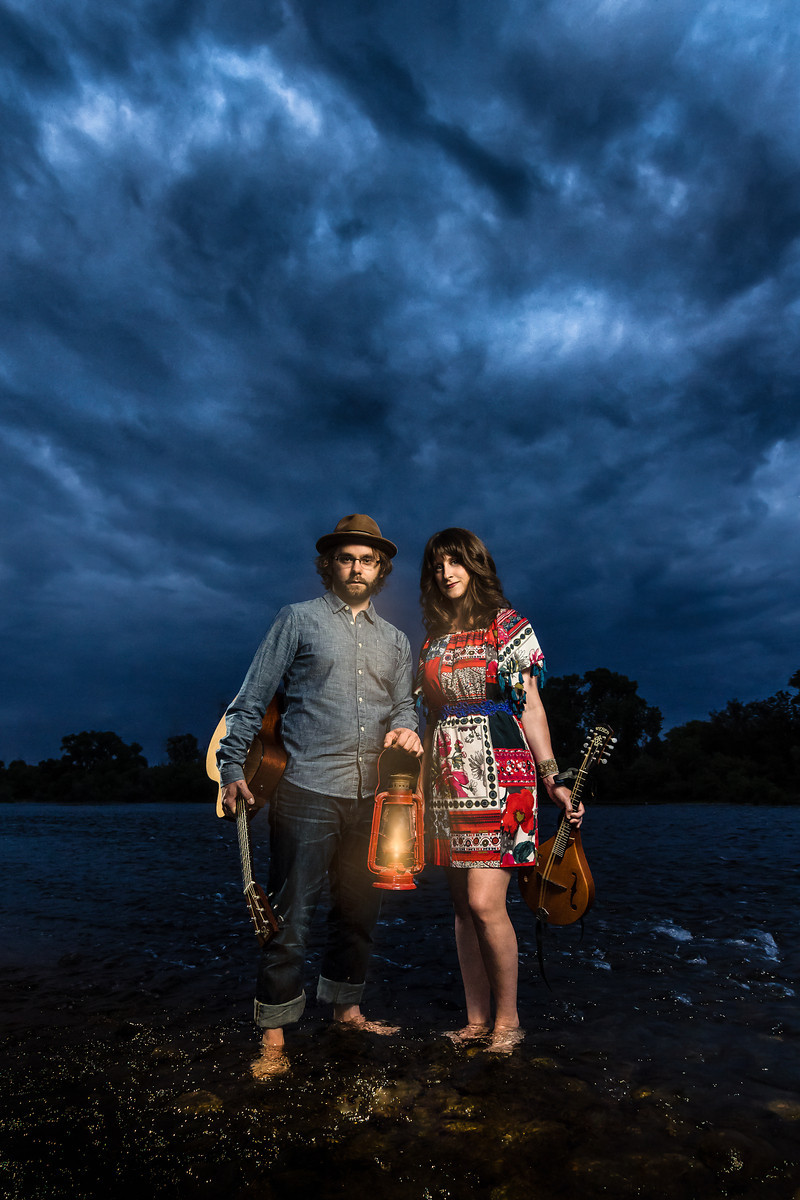 San Francisco folk duo Misner and Smith are set to release their fourth album, Seven Hour Storm on October 15. The album is full of riches –“Lost and Found,” a beautiful and tranquilizing ballad, brings to mind Gillian Welch and David Rawlings’ harmonies, while songs like “Tamalpais” and “Next Time Around” showcase the pair’s upbeat folk-rock style.

“It was great to have as much time as we did to experiment in the studio,” Megan Smith tells American Songwriter. “Having the freedom to play with the arrangements, and to push ourselves as musicians, really allowed us to dig deep. And as much as we shaped the songs, in the end, the album changed us too. Another thing that I think really comes across on this record, is a sense of hope.”

“I think it’s also come to mean something about venturing into the unknown,” adds Sam Misner, “and in a lot of ways, I think we discovered what the album was about by making it. We would always come back to the idea of ‘What is the song calling for? What’s the story we’re telling? What’s the picture we’re painting with the lyrics and how can we reflect it in the music and the harmonies?’ But it wasn’t always about adding things. Sometimes it was more about stripping things away to highlight the vocals, or the lyrics. It always came back to serving the song.”

Stream the full album below.

0
Adam Chaffins is what you’d call a rambler, of sorts.  He lives his life to the fullest traveling and playing music with...
Read more
Best New Music

Zander Hawley’s “Thumbs” Is A Love Song Tinged With Regret