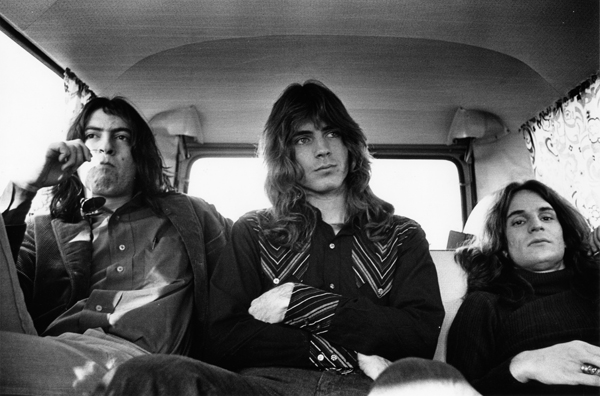 Nashville musicians paid tribute to Big Star and Alex Chilton on May 21 at Mercy Lounge in Nashville. The show was a benefit for MusiCares, a foundation set up to aid musicians should they find themselves in need, which, in this case, meant those hurt by the Nashville flood.

The night mostly featured songs from Big Star’s first two albums, #1 Record and Radio City. The performances came off more like jam sessions between friends than any rigidly planned event. The Shazam, which featured a striking red double-neck guitar, did a handful of songs including The Replacements’ “Alex Chilton.” They played with a power that went straight into the floor and up through the table top, leaving no question that the night would not be entangled in maudlin remembrances.

As an acoustic palate-cleanser of sorts, Broemel took the stage alone. “I’ve been playing these two songs to myself in my room since I was in high school,” he said of “I’m in Love with a Girl” and “Thirteen.” The latter elicited a spontaneous sing along from the crowd. Broemel did a good job capturing the sentiment of the songs and showcasing them without drawing much attention to himself.

As the night progressed, the crowd, which was composed of everyone from baby boomers to PBR-cradling hipsters, huddled closer to the stage.

Of course, it was only a matter of time before someone got around to playing “The Letter,” the #1 hit that Chilton recorded as a member of The Box Tops in 1967. While Friday’s version was a solid cover, it was hard not to miss Chilton’s ragged-edged vocals.

Later on, Brendan Benson came on stage to close out the evening. He finished up his version of “O My Soul” and, before launching into “September Gurls,” briefly looked up toward the ceiling. Half in jest, but probably partially with an awareness for what cannot be replicated, he simply said, “Sorry, Alex.”