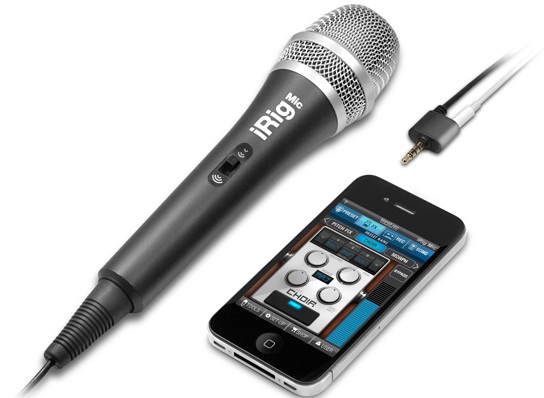 The iRig Mic has similar functionality to iRig. It connects to an iPhone or iPad via a ⅛” stereo input and has a ⅛” output jack that can be connected to headphones or speakers. Where the iRig had a ¼” TRS guitar input, the mic version comes with a built-on cardioid unidirectional microphone. The mic has three position settings for that can be used to optimize low, medium, or high-level sound sources.

While iRig Mic works with other apps, it’s really geared towards use with VocaLive, which, like AmpliTube, is a free app that comes with effects and recording basics, and also offers in-app upgrades.

The free version of VocaLive comes with a tools section that includes a metronome with adjustable and tap tempo, a vocal trainer that helps singers warm up their voices by playing major or minor arpeggios in any key. The free app comes with a basic one-track recorder that can be upgraded to four tracks as an in-app purchase. The recorder view in the app is a cool, old-school cassette tape deck – a nice analog touch for our digital age. In Song mode, you can load a track from your iPhone or iPad’s library. There’s a nice speed trainer that lets you slow down or speed up the track if you’re practicing singing, or you can load the song up in the recorder as a backing track to add vocals to. (You’ll need to purchase the four-track add-on to record on two tracks.)

To experience the real meat and potatoes of VocaLive – the vocal processor and effects – you’ll have to purchase the full app for $19.99 or expand the free version with in-app purchases ($4.99 per effect). With the complete version of VocaLive, you get 12 effects. Some of the effects are specific to vocals (pitch correction, de-essing, harmonizing) while  others are standard studio effects (reverb, delay, EQ, compression). With the full version of VocaLive you also get 50 presets that are sure to keep you occupied for days. 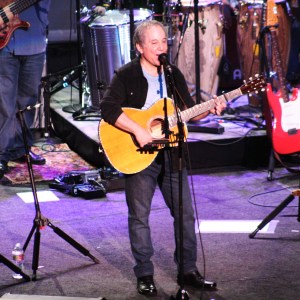 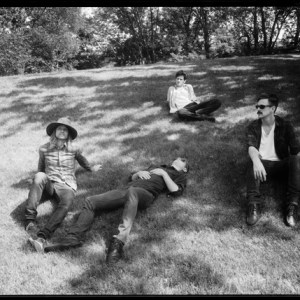