“The message behind ‘Apricots’ is honestly that you never know what’s coming for you in life,” MAY-A tells American Songwriter over email. “Halfway through writing the song I’d realised it was the first time I’d written about a girl. I kind of took a moment to look back on my previous relationship and the person that I used to be—or the person that I thought I was—and had a bit of a laugh.”

“It’s one of those universal experiences where you realise for yourself that you actually don’t have everything figured out and you don’t know who you are and you are just as naive as everybody else,” MAY-A continues. “So the song took a bit of a turn and instead of writing the rest of it about a girl, I started writing it more about my younger self and the fact that the reason things weren’t previously working out is that I was missing something I didn’t even know I wanted: girls.”

MAY-A—born Maya Cumming—started working on the track in 2019. “I wrote ‘Apricots’ this time last year, lying on the floor of my producer’s tiny studio in Alexandria,” she recalls. “It’s this dark room decorated from head to toe, filled with way too many fairy lights and way too many guitars and it’s become my second home.”

“Apricots” is MAY-A’s fourth single to date following “Fools Paradise,” “All Girls Aren’t the Same,” and, most recently, “Green.” For MAY-A, the songs reflect different sides of her as an artist.

“I haven’t released a song focused around a woman so I can see that being a kind of shock, but I think the concepts are still all cohesive,” she comments. “I think ‘Apricots’ fits really nicely after ‘Green.’ They have similar guitar tones and drum beats, but still a different sound. I think I have a healthy mix of upbeat and mellow/sentimental tracks on my discography currently. It’s setting everything up pretty well for later releases—I feel like I’m not too cemented in any genre and have lots of room to grow and experiment with different sounds.”

“My inspirations and influences honestly change on the daily,” MAY-A adds. “I listen to anything and everything—lately it’s been lost of Paramore, Smashing Pumpkins, Machine Gun Kelly, Lorde, Dominic Fike, The Neighbourhood, Cat Stevens, The Arctic Monkeys, The Cure, Taylor Swift, Lil Peep, Cage the Elephant, Blink 182, LANY, the 1975, [and] Phoebe Bridgers.”

MAY-A’s been writing songs as long as she can remember. “I can’t pinpoint the moment that I started,” she says. “I was, and am, definitely more of a writer than a performer. I entered a couple of songwriting competitions when I lived in Byron Bay, and busked on the streets for a bit around the ages of 11 to 14 but I definitely preferred singing and writing in my bedroom.” 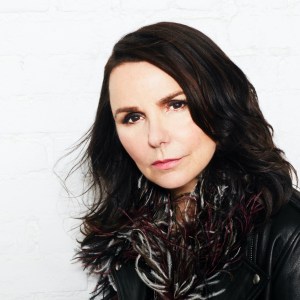