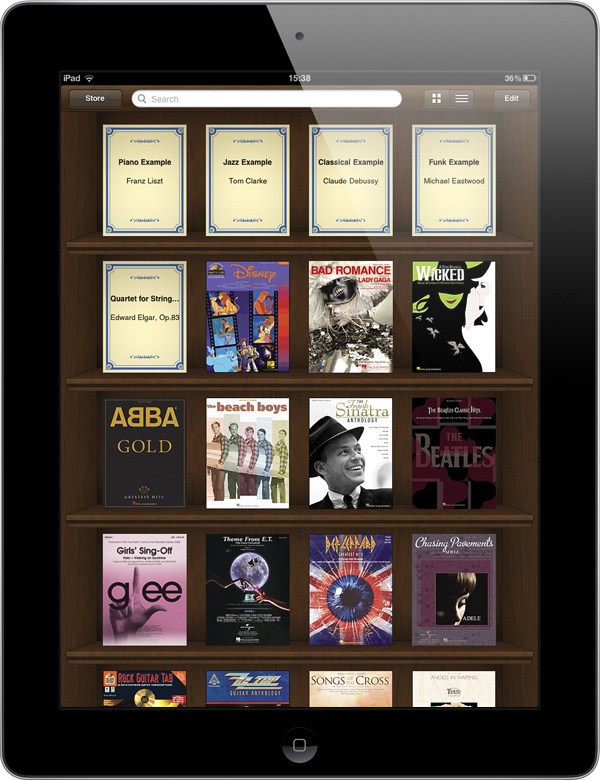 Avid, the company behind Pro Tools and M-Audio, has announced Scorch, their first app for Apple’s iPad device.

We’ve seen how the iPad and iPhone’s operating system (iOS) and functionality have affected both the new version of Mac’s OS, Lion, as well as the way musicians are recording music.

Scorch is essentially an app version of Avid’s popular music scoring software, Sibelius. (Check out our past reviews of both Sibelius 5 and Sibelius First – a product aimed at beginning amateur composers.)

The Scorch app contains a sheet music store for buying new scores in-app – much like one would buy a book in the iBookstore or song in iTunes – as well as a library of all the scores a user owns.

The iPad’s touch screen and easy user interface seem like an ideal way to explore the different sections of a score. Scorch even has a mode for Music Stand, and one can only imagine how nice it must be to flip through a score’s pages on the iPad while playing an instrument.

Scorch is being offered for an introductory price of $4.99 and is available in the App Store now, though the price will increase to $7.99 on July 31.