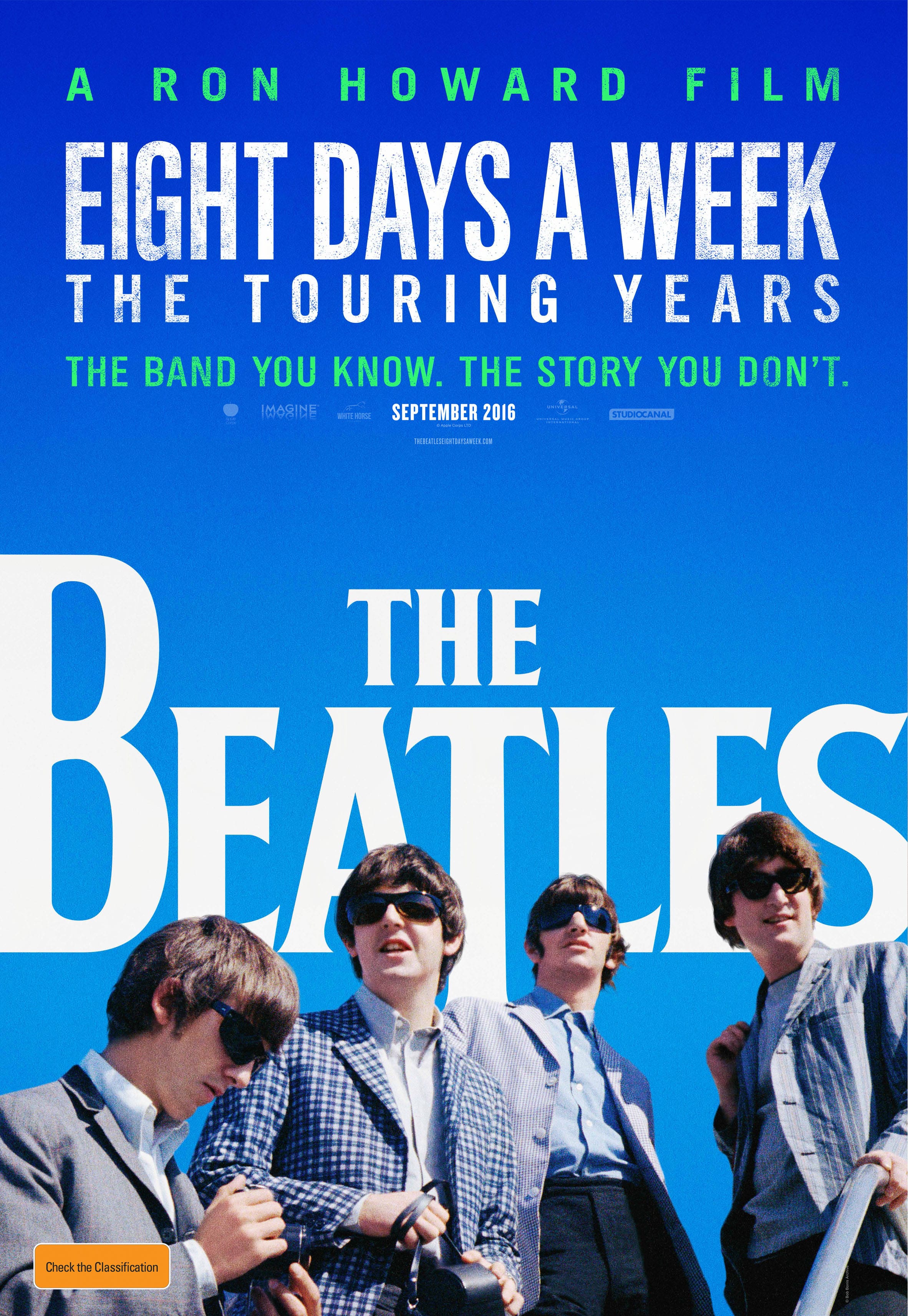 Beatles Documentary, Album Shed Light On Our Continued Fascination With The Fab Four It’s almost like clockwork now, the fall arrival of newly packaged material involving two of the most lucrative words on the planet: “The Beatles.”

And yet, 52 years after “I Want to Hold Your Hand” became a stateside hit and unleashed Beatlemania here, we still pony up. We’re still fascinated, with good reason. Because people like Giles Martin (son of George) and Ron Howard are still finding inventive ways to communicate the Beatles phenomenon. Howard’s documentary, Eight Days A Week: The Touring Years, hit theaters on Sept. 15 and premieres on Hulu Saturday, Sept. 17. Martin’s already-released companion album, The Beatles: Live at the Hollywood Bowl, released Sept. 9, is a newly remastered, remixed, expanded version of the 1977 album, The Beatles At the Hollywood Bowl.

The documentary doesn’t exactly cover new ground; by focusing on that phenomenon and its historical context, it conveys that moment in time with an immediacy that still thrills. Perhaps most valuably, it puts in context not just the enormity of Beatlemania, but the impact they had on race relations in the U.S.

“It was like the whole world lit up. I felt like I could be friends with them … The Beatles gave me the idea that everybody was welcome,” Whoopi Goldberg explains, nailing the feeling those of us old enough to remember had at the time. It was a club. An inclusive club. If you weren’t in it, what was wrong with you? But it was a club black girls could join, too. And that’s a perspective many of us don’t have.

Later, Howard shows images of violent civil-rights demonstrations, with a clip of the famous press conference in which Paul McCartney decries segregation as “mad” and “silly,” saying, “You can’t treat other human beings like animals.”

Their refusal to play segregated stadiums helped change the tide of the civil rights movement. We know that, but hearing historian Dr. Kitty Oliver describe attending her first concert, by herself, at the Gator Bowl in Jacksonville, Fla., on Sept. 11, 1964, one can’t help but marvel at the true impact their stance had.

Recalling how she stood in a sea of white concertgoers, singing as loud as the rest of them, she says, “That was the first experience I had where it was possible to be around people who were different, and at least for a while, those differences could disappear.”

As for that club, Elvis Costello likens it to rooting for a sports team — another interesting perspective, reinforced with footage of what seems like a million apparently snockered  men, crammed sardine-tight at Liverpool’s Anfield Football Ground on April 18, 1964. Jostling and swaying, every last one of them is singing along to “She Loves You.”

Costello compares waiting for the weekly music charts to see where each Beatles song landed with sports fans breathlessly awaiting weekly team standings. Of course, Howard notes what had happened nearly two weeks before, on April 5, 1964— when the top five slots of Billboard magazine’s Hot 100 chart were occupied by one artist for the first time ever.

And yet, director Richard Lester notes he was pressured to get A Hard Day’s Night into theaters by July because the studio, United Artists, thought they’d be “a spent force” by the end of that summer.

Everyone, including the Beatles, thought the phenomenon would be short-lived.

When one journalist asks, “What do you plan to do when the bubble bursts?”

When another reporter asks, “What place do you think this story of the Beatles is going to have in the history of western culture?” McCartney responds, “You must be kidding with that question. Culture. It’s not culture.”

“What is it?” the reporter says. McCartney answers, “It’s a good laugh.”

He’s still laughing (all the way to the bank, of course). But Florida radio journalist Larry Kane, who traveled on tour with them, presciently conveys what we now know to be true: It was a huge part of the history of western culture. (Unbelievably, Kane tried to refuse the assignment, figuring they were a flash-in-the-pan and he could be out covering more important news in that momentous year, noting a president had recently been assassinated, the Vietnam War and civil-rights movement were escalating, Muhammed Ali was training nearby and the Ford Mustang was making its debut.)

“Let me explain to you the type of feeling that you get after 13 shows, watching the Beatles in action and watching the crowds,” he says in one report. “It’s a chilling feeling because you know you are experiencing a phenomenon that is the only one of its kind in the century thus far. And that probably will go down in history as the greatest show-business example of music and admiration in many, many hundreds of years.”

He sure got that right. As one Brooklyn fan explains early on in the film, “I love the Beatles and I’ll always love them. Even when I’m 105 and an old grandmother, I’ll love them.”

If she’s still alive, no doubt she still does — just like everyone else who fell in love with the Beatles back then, and still remembers. Not to mention new generations of fans who understand why that love endures: because the songs they wrote are unequalled gems, from those early moments of pop perfection to the complex innovations that followed.

The clip of several tape machines rigged together to play loops is a favorite; we knew they did it, but seeing how primitive it actually was is still mind-blowing.

The theatrical version also includes the Shea Stadium concert; as with all of their stadium appearances, it’s also remarkable to consider how inadequate both the staging and amplification were. And listening to the Hollywood Bowl album reinforces how much those who were there missed. Even when they couldn’t hear themselves, the band was remarkably tight because their instincts were so strong. The harmonies were in tune, Ringo Starr’s beats were right where they belonged, and McCartney, Lennon and Harrison all injected riffs that sound new even today.


Their rock ‘n’ roll rawness is still unmatchable; listening to the bent notes and ragged wails of “Twist and Shout” and “Dizzy Miss Lizzy,” what girl wouldn’t swoon?

“Ticket to Ride,” “Can’t Buy Me Love,” “She Loves You” … yes, they were simple, but so strong. And the ballads, like “Things We Said Today” … how could they even sing that to a sea of shrieking voices? As David Fricke notes in his wonderful album essay, the power they had over those audiences was something we still scrutinize because it still amazes us. And the excitement of discovery still endures, even after all these years.