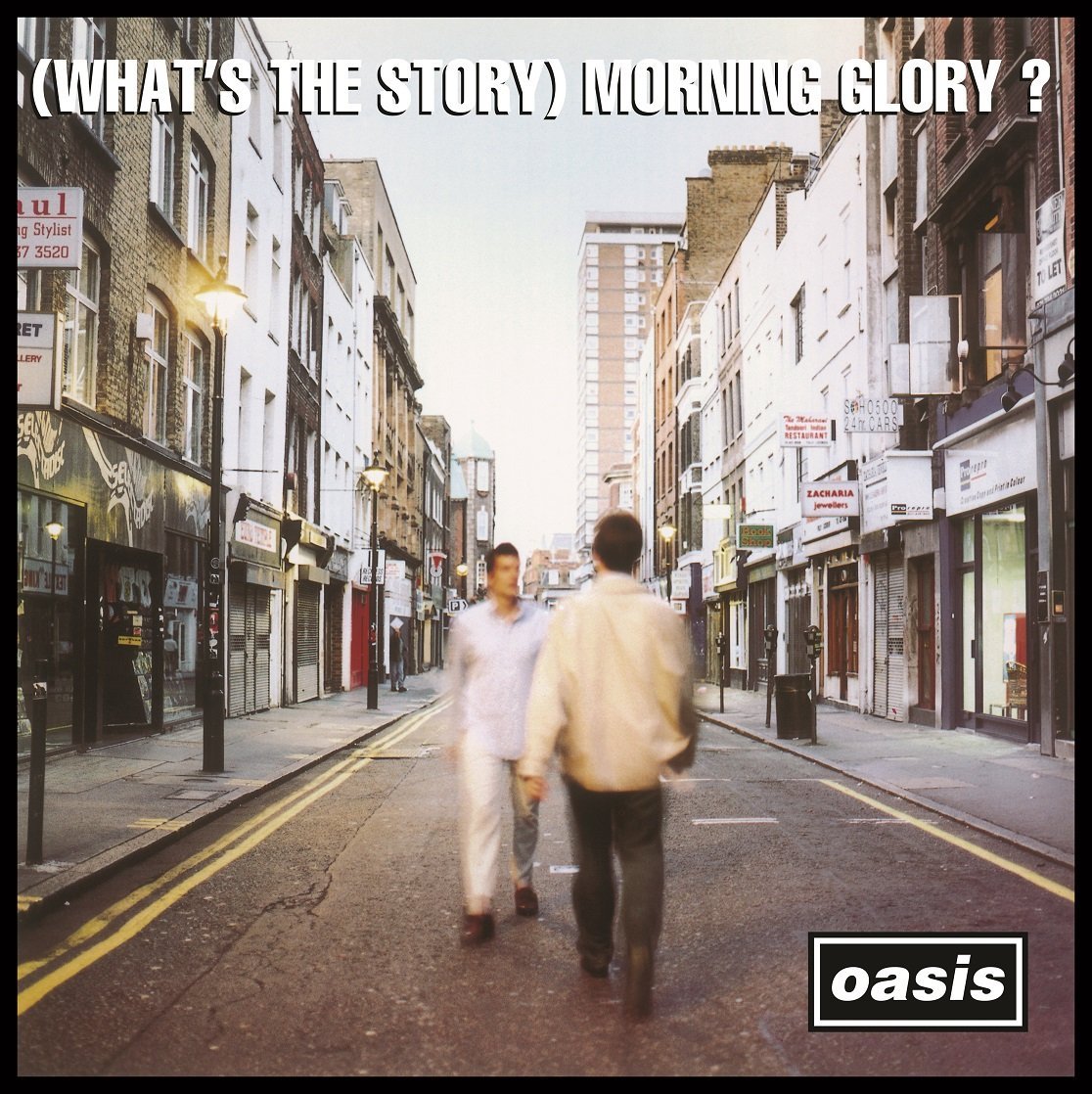 “And what’s a wonderwall, anyway?”

It was a legitimate question, asked by Fran Healy of the band Travis on their 1999 single “Writing To Reach You,” in reference to Oasis’ inescapable 1995 anthem “Wonderwall.” And, in some ways, it’s a question that fans of the song have been asking for the past 20 years, ever since Noel Gallagher wrote it and his brother Liam brayed it out in unforgettable fashion.

If you’re looking for a peak moment in the career of Oasis, those rough-and-tumble, rude-and-ready bastions of BritPop, “Wonderwall” is that moment. As a matter of fact, it’s probably the acme of that entire musical movement that included bands like Blur and Pulp and ruled the roost for a brief, heady time in the mid-’90s. The song, featured on the band’s nearly perfect second album (What’s The Story) Morning Glory, not only enthralled the hometown fans, reaching #2 in the U.K., but it also broke the band to the American pop audience, hitting #8 on the Billboard charts.

In the time since, it’s been ranked highly on many lists of all-time classic songs. And, since Oasis never quite reached those dizzying heights in their career again, it stands as the band’s signature song, which, as might be expected considering his legendary contrariness, doesn’t please Liam Gallagher. As he succinctly put it to NME.com last year: “Every time I have to sing it I want to gag.” Needless to say, he’s in the minority with that opinion.

Most assumed that Noel had written the song about his then-girlfriend and future ex-wife Meg Matthews. But he confessed to BBC Radio 2 in a 2002 interview that the true inspiration for “Wonderwall” wasn’t even real. “The meaning of that song was taken away from me by the media who jumped on it,” he said. “And how do you tell your missus it’s not about her once she’s read it is? It’s a song about an imaginary friend who’s gonna come and save you from yourself.”

The song was somewhat of a departure for Oasis, who made their mark on their debut album Definitely Maybe with attitude-laden rockers like “Cigarettes And Alcohol” and “Live Forever.” But Noel’s love for the songwriting of Lennon and McCartney meant that ballads were bound to be a part of his repertoire. As it turned out, (What’s The Story) Morning Glory would feature several standout slow ones besides “Wonderwall,” including the Beatles soundalike “Don’t Look Back In Anger” and the epic psychedelic closing track “Champagne Supernova.”

“Wonderwall” begins with Noel’s acoustic guitar strum and Liam’s somewhat mysterious first lines: “Today is gonna be the day that they’re gonna throw it back to you/ By now you should’ve somehow realized what you gotta do/ I don’t believe that anybody feels the way I do about you now.” While it’s impossible to discern the details of the situation, we can glean that the girl he’s addressing is at a lonely crossroads in her life, with the narrator the only one still standing in her corner.

As the peppery drums of Alan White kick in and Paul “Bonehead” Arthurs plays a mellotron that sounds like a mournful cello, Liam hints at the girl’s doused spirit and gives the obligatory nod to the Fab Four with the mention of winding roads. Whatever physical obstacles lie in the couple’s path, they’re nothing compared with the narrator’s inability to express his feelings: “There are many things that I would like to say to you/ But I don’t know how.”

And yet he finds a way in the stirring chorus, as Liam delivers Noel’s words by stretching out each vowel sound almost past the breaking point, a mesmerizing tactic. “Because maybe/ You’re gonna be the one that saves me,” he sings. “And after all/ You’re my wonderwall.”

That brings us back to the opening question posed by Travis. If you look to Noel’s Beatles fixation for answers, you’ll find that George Harrison composed an instrumental soundtrack album in 1968 titled Wonderwall Music, which was notable as being the first solo release by any member of the group. More than likely, he latched onto that word for its evocative nature, suggesting a spectacular, end-of-the-rainbow reward that the love of this girl represents for the narrator.

Noel Gallagher, like his brother, finds the public’s continued fixation on “Wonderwall” a bit perplexing, as he related to NME.com in typically colorful fashion. “Outside of England, it’s the one we’re famous for all over the world, and it annoys the fuck out of me,” he said. “It’s not a fucking rock and roll tune. There’s quite a vulnerable statement to it.”

With those words, Noel inadvertently hit the nail on the head. It’s that vulnerability, evident in his tenderly chosen words and in Liam’s piercing vocals that really make this one such a legendary song. Anybody can say “I love you”; try telling the one who means the most to you, “You’re my wonderwall” instead. It may not make much sense, but it somehow says it all.