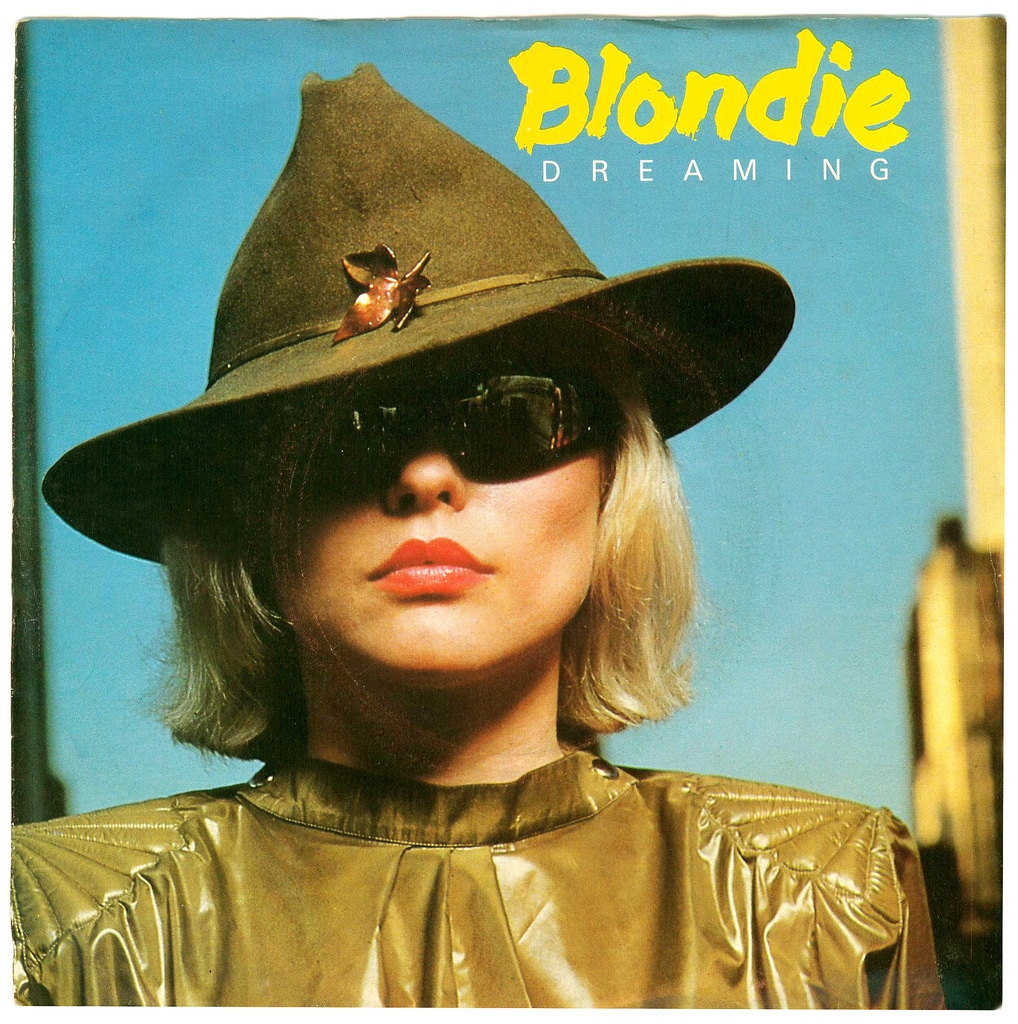 Behind the Song: Blondie, “Dreaming”

In 1979, a year removed from Parallel Lines, their American breakthrough album which contained smashes like “Heart Of Glass” and “One Way Or Another”, Blondie was faced with following up that massive success. How did they do it? According to guitarist and co-songwriter Chris Stein, they used the blueprint of another huge record of the era for “Dreaming,” the lead-off single from Eat To The Beat.

“’Dreaming’ is pretty much a cop of ‘Dancing Queen,” Stein told EW.com earlier this year. “I don’t know if that was where we started, or if it ended just happening to sound like that.” With all due respect to Stein, there doesn’t seem to be much of a similarity between the two songs, other than the fact that both are lushly melodic. Besides, no ABBA song ever had a drum beat as propulsive as the one that Clem Burke lays down on “Dreaming.”

Stein wrote the music and also gave Blondie’s lead singer Debbie Harry a head start on the lyrics. “Sometimes Chris will come up with a track or a feel and pass it on to me, and he’ll say, ‘I was thinking ‘Dreaming/Dreaming is free,’ and then I’ll fill it out with a story line or some more phrases,” Harry told EW.com. “A lot of times it’s the rhythm track that suggests what the lyric is going to be. I like working like that.”

Harry starts the song off with one of the more brazen rhymes in pop history: “When I saw you in the restaurant/You could tell I was no debutante.” While that start might seem to signal a song of seduction, “Dreaming” quickly reveals itself to have something else on its mind. It turns out that the narrator prefers one pursuit over anything else that might cross her path:  “I’ll have a cup of tea and tell you of my dreaming.”

Along the way, Harry slyly comments on both the ephemeral nature of cheap thrills and the surreal trappings of fame: “Pleasure’s real or is it fantasy?/Reel to reel is living clarity/People stop and stare at me.” In the 60’s girl-group flavored bridge, she reiterates her devotion to reverie: “Dream dream, even for a little while/Dream dream, filling up an idle hour/Fade away, radiate.”

It’s tough to bring any kind of meaning to a three-minute pop song, let along poignancy, but that’s what Harry manages to do. In the final verse, the narrator finds herself getting lost in her dreams seemingly everywhere she goes. When she reveals the subject matter of her dreams, it becomes clear that she’s trying to compensate for what’s missing in her real life: “Imagine something of your very own/Something you can have and hold/I’d build a road of gold just to have some dreaming.”

In that way, she imbues the refrain of “Dreaming is free” with potency and pathos well beyond the seeming simplicity of the phrase. Blondie’s songs tend to be so much fun that’s it’s easy to overlook their depth and the craft behind them. Don’t make that mistake with “Dreaming,” or you might miss the hurting yet ultimately hopeful heart beating inside that pristine pop shell.

Behind The Song: Seal, “Kiss From a Rose”

0
“Kiss From a Rose,” written and performed by Seal, is one of the greatest examples ever of a song that the artist...
Read more
Behind The Song

0
Here in this week preceding the Grammy Awards this Sunday, we’re happy to bring you this first installation in a series on...
Read more