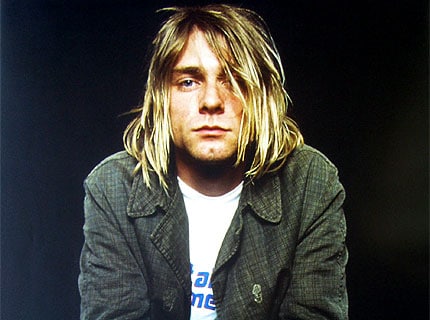 Behind The Song: Nirvana, “In Bloom”

“In Bloom” written by Kurt Cobain

Why does Kurt Cobain’s songwriting work?

Sell the kids for food

The answer will probably not be made clear after a cold read of the lyrics of “In Bloom,” which tracks at number two on Nirvana’s outstanding album Nevermind.

We can have some more.

Nature is a whore

Bruises on the fruit

Nirvana was Cobain’s band. He was the primary voice and songwriter. “He was cagey about his lyrics,” Nirvana bassist, Krist Novoselic later recalled in an interview with Rolling Stone. “You could read into them anything you want… Kurt — I would call him a windmill… He wanted to be a rock star — and he hated it.”

“In Bloom” is just the sort of Cobain song where the point is missed when a meaning is distilled. The song was, apparently, written to address, or poke fun at, the people outside the underground music scene who started coming to Nirvana shows after their first studio album. Nirvana biographer Michael Azerrad recognizes this as implicitly ironic because, “The tune is so catchy that millions of people actually do sing along to it.” There’s also another argument, which Charles R. Cross made in his biography on Cobain, which reasoned that “In Bloom” is a “thinly disguised portrait of Cobain’s friend Dylan Carlson.”

In an interview with Melody Maker, Cobain admitted that his songwriting was inspired by the ’80s alternative rock, namely, The Pixies. Like Cobain, their songwriting is a collage-style tableau of words with apparent influence from the Dada and Surrealist art movements. Or put another way, less Black Flag and more “The Iggy Pop/Aerosmith-type songwriting,” as Cobain described it and admitted to imitating on Nevermind.

He’s the one who likes all our pretty songs

But he knows not what it means

He’s the one who likes all our pretty songs

But he knows not what it means

Knows not what it means and I say yeah

Listening to most of Nirvana’s discography, and In Bloom, especially, it’s clear that Cobain’s lyrics are meant to express a certain kind of feeling more than any coherent meaning. And, maybe this explains why Cobain’s collage-style lyrics tend to work so much better than the word salad imitations of a generation of future songwriters trying to sound like him. He nails that raw feeling—and energy whether its youthful angst or cynical-sarcastic viewpoint on societal conformity, and he shares it through that shrill Washingtonian voice through songs like In Bloom.

When Sturgill Simpson covers In Bloom on his album, A Sailor’s Guide to Earth, the song is reworked, slowed down. There’s that somewhat psychedelic slide guitar and the fool changes the lyrics (?).

He likes all our pretty songs

But He don’t know what it means

Don’t know what it means to love someone

It completely changes the meaning of the song. Simpson takes a song about alienation in a crowd and weaves it into a love song. (Gasp) Some Nirvana purists are not entertained by this. But, in Simpson’s version of “In Bloom,” homage is definitely being paid to the isolated ’90s grungster who originally wrote the song. In fact, this version is certainly a tribute and perhaps a thank you to Cobain. We can safely assume that Simpson was one of those stupid teenagers who sang along to Nirvana songs, having no idea what they were actually about. In the song, it’s the same venue, band and crowd—but the perspective has shifted. It’s optimistic.

What would Cobain think of the country singer’s adaptation of “In Bloom?” It’s too much to imagine what the world would be like if he was still with us, but Cobain would probably love the song. They both still drive a quintessential emotion, albeit they are almost in complete opposition. Where Cobain’s “In Bloom” invokes a feeling of alienation, Simpson’s counters with a twangy slow bourbon sour mash warmth that identifies some deep unforeseen connection between strangers.

0
In the 1960s, an activist folk singer-songwriter named Phil Ochs wrote, “one good song with a message can bring a point more deeply to...
Read more
Home Featured Post

0
There’s an old saying that music brings people together, no matter who you are, what you look like, or where you’re from. This could...
Read more