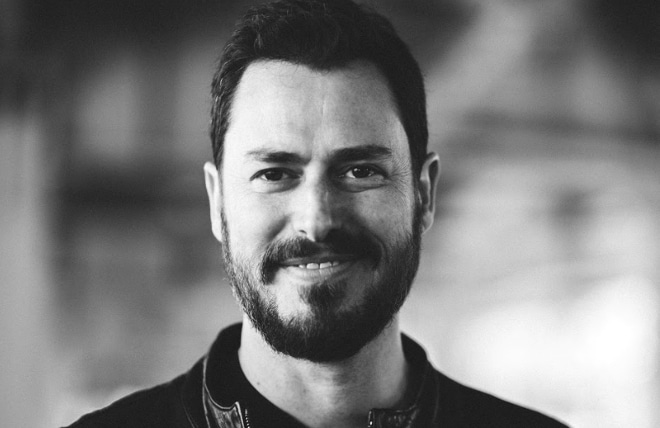 Ben Arthur has long been fascinated by the way different forms of art affect and influence one another. The songwriter and host of the podcast ‘SongWriter’ has made a habit of writing what he calls “answer songs,” songs prompted by other art.

So when Arthur found himself sharing the stage with literary legend Joyce Carol Oates, playing a song he wrote about one of her pieces, he realized that his writing prompt would actually make a great podcast and community art project.

Arthur’s SongWriter podcast brings together literary greats and songwriters. In the past the podcast has hosted illustrious writers like Susan Orlean, Joyce Carol Oates, Roxane Gay, Kurt Anderson, and Jonathan Lethem, as well as musicians like Ted Leo, Byron Isaacs of The Lumineers, Tommy Siegel of Jukebox the Ghost, and Emily Hope Price.

The podcast format features a writer reading a piece and a songwriter responding with a song. Sometimes the readings and performances are recorded live, and they all feature Arthur as the host.

“Honestly if you had said to me ‘hey later in your life you will do four or more performances with an author like Joyce Carol Oates,’ I wouldn’t have even understood why I would be on the stage with her,” Arthur says.

One of the things Arthur says drives the project is the want to expand his and other people’s perspectives.

“One of the things that I wanted to do in this project is to breach the limits of my little enclave of artists that I know and work with,” Arthur says. “I actively seek voices that aren’t like my voice. I’ve learned in the past couple of years that my perspective on the world is smaller than I realized it was. So I’m trying to listen to other voices.”

Perspectives is also the name of Arthur’s upcoming album, which he calls a companion piece to the podcast. Though Arthur’s music is only featured in the podcast’s pilot episode, he writes a song in response to every episode.

“At the same time I was putting the podcast together, I was also putting a record together,” Arthur says. “The record has a lot of those songs. They’re kind of intertwined.”

Arthur is currently finishing up the second season of SongWriter which will feature the likes of Joyce Carol Oates, Sarah Jaffe, Ben Sollee, Soman Chainani, Malachy McCourt, Natalia Zukerman, and Tony Trischka. According to Arthur it will premiere sometime in 2020.
Arthur says he has high hopes for the project and wants to expand the format to include other mediums, and to hopefully grow SongWriter from a podcast into a community project that inspires conversation through art.

Check out the latest episode of SongWriter, featuring Deborah Copaken and Tommy Siegel.

0
Dave Yim is a man of many talents. He spent his adolescence learning classical piano and playing drums in rock bands, he also wrote...
Read more