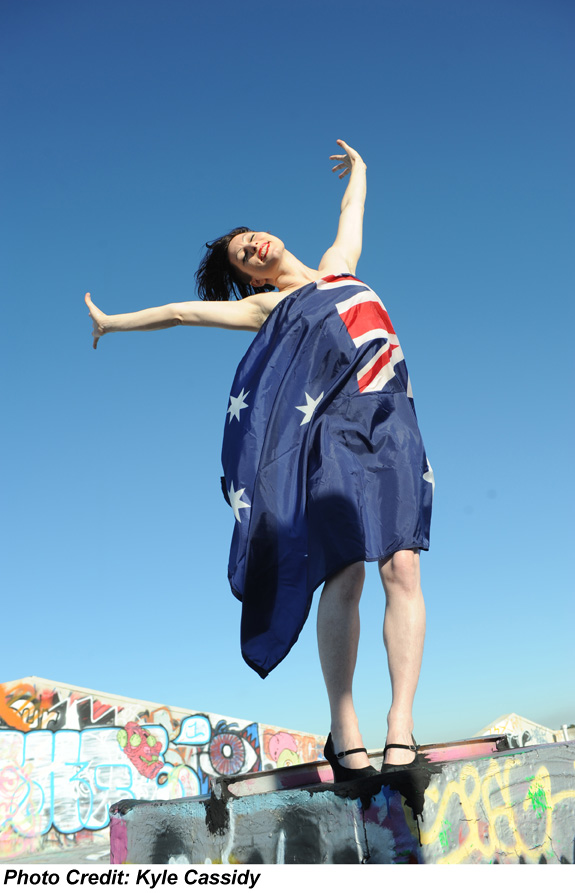 That’s what the foursome of “creative internet addicts” will attempt to pull off on April 25, from 4 p.m. to midnight, at Boston’s Berklee College Of Music. Eight songs will be conceived and recorded in a one-in-a-lifetime collaboration.  The entire effort will be broadcast live on rethinkmusic.com, and will be compiled into an album to be sold through Bandcamp.

The Ben Folds Four, as we’ve unofficially dubbed them, are hoping to prove that record companies are truly obsolete, and that the power is in the artists’ hands.

Says Kulash in a statement: “Can the album cycle actually be reduced to a single day? If the recording industry is supposed to be a means of connecting musicians to music listeners, well, then, here it is — spontaneous and circular. They send us ideas and a day later we have an album, a show, and some semblance of a documentary. And then the next day (we hope), a big public flameout and a battle over rights and the release of competing slanderous autobiographies.”

Adds Folds: “Digital technology allows singers who can’t sing and musicians who look better than they play to sing and play in tune and in time. At the same time, it empowers the musician to distribute music without a middle man and directly to an audience within moments of its creation. It even allows two-way communication during the process so that the audience might collaborate to some extent or be present in some way — like live music.”

The following day, the “virtual buskers,” as Palmer calls them, will give a presentation at Rethink Music, and will perform at the songs at Berklee in a special concert, which also will include Basia Bulat and Black Joe Lewis and the Honeybears.

Says Gaiman: “I’m excited and nervous both because there is so much room for things to go wrong, and because it shows people how art is actually made. Or would actually be made if you locked three songwriter performers and an author in a box for a day and forced them to collaborate with Twitter to craft and record songs. When I write it down and look at it, it looks even more unlikely than it did in my head.”

Says Palmer: “I think the Rethink Music conference is going to be a groundbreaking event, and I’m hoping to engage in a dialogue about things that are very close to my heart, namely the importance of audiences and artists creating a new society of patronage and virtual busking.”

Head to Rethink-music.com for more information.