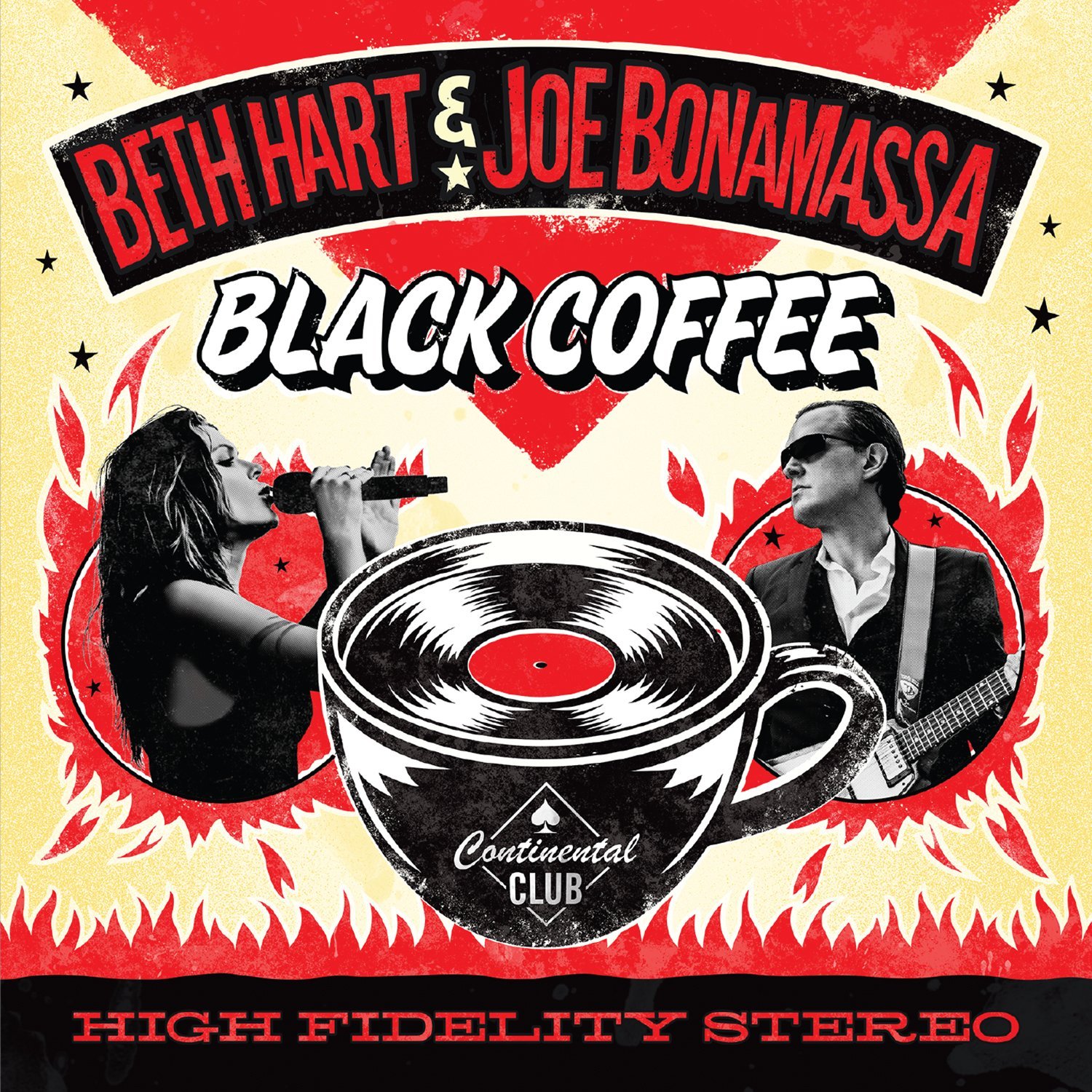 Hollywood isn’t the only industry that loves sequels. The music business is just as happy to rack up more sales by repeating an effective concept. There’s nothing wrong with that, as long as the follow-ups are as incisive and powerful as the original rather than phoned-in replays to generate quick cash.

That model has worked splendidly for blues-rock-soul singer Beth Hart and guitar slinger Joe Bonamassa. They started collaborating on 2011’s Don’t Explain, and returned to the well for 2013’s Seesaw and a 2014 live double album, all of which have been critical and commercial successes. Now they’ve returned to their musical partnership with the potent Black Coffee.

It’s another compelling dose of rugged soul/blues inflected R&B covers, some quite obscure, as Bonamassa, Hart and producer Kevin Shirley (as involved with the song choices and arrangements as the featured players) reunite to try and ignite the sparks for a fourth go-round. That it works as well, and arguably better, than the preceding albums is a testament to the dedication, enthusiasm and sheer talent of the participants. Once again, this was predominantly recorded live in the studio, a process the musicians suggest is a major aspect of the electricity captured in the performances.

Howling Wolf’s classic blues “Sitting on Top of the World” is a showcase for Bonamassa’s formidable guitar chops. He’s no Clapton in the taste department, but he shreds with the best of them and these relatively short tunes force his solos to be more compact. Kudos to reviving Humble Pie’s gripping arrangement of Ike & Tina Turner’s title track, even if this is so close to Pie’s—right down to the backing female singers and slight lyric alteration– that it’s all but karaoke. But the appropriately titled opening “Give it All You’ve Got,” lifted from Edgar Winter’s White Trash debut, with its heavy wah-wah guitar and brassy horns is a killer find. And even if the duo references Bettye Lavette more than Lucinda Williams’ on the latter’s “Joy,” the husky voiced Hart has rarely put so much sassy vocal power into a song.

As the disc’s billing implies, this is more a Hart showcase than a Bonamassa one, even though his guitar, sprawling 10-piece band and producer are major components of the formula. Rather than an uninspiring photo copy of the previous collaborations, the fourth go-round of this feisty association shows that it’s getting better and tougher, whetting our appetite for the next iteration.