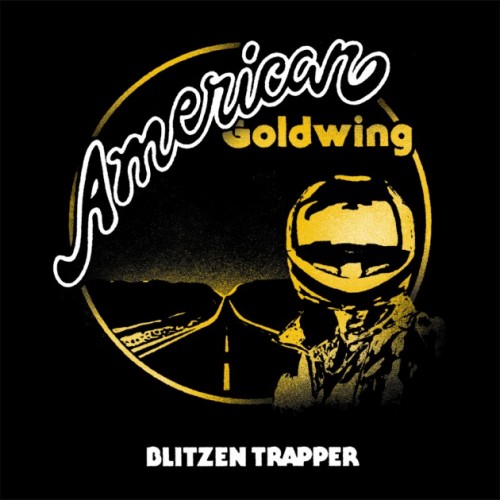 Over the last ten years, Portland’s Blitzen Trapper have asserted their place among a growing contingency of bands offering proof that country music is still cool. Oregon’s distance from Nashville can’t but help the cause, but Blitzen Trapper’s strength is found with their ability to appropriate and fuse traditional styles and instrumentation with modern sound and sensibilities. The resulting combination still feels rock & roll, but the country seeps in like molasses between those crunchy guitar riffs and gives Blitzen Trapper the nuanced twang that has become their signature sound.

And while the band’s last record, Destroyer of the Void, may have veered off course a bit from the precedent set by 2007’s break-out Wild Mountain Nation and the undisputed hit follow-up Furr, released in the next year, American Goldwing returns the band to full form. Nowhere is this clearer than in “Love the Way You Walk Away”, the band’s first single from the record. Here we have Blitzen Trapper doing what they do best: exploring the sonic distance between the banjo and the electric guitar. The next track “Your Crying Eyes” starts out with a barn stomping harmonica-led jig or reel before transitioning into a groovy jam that would be at home on a Tom Petty or George Harrison record. They’re all like this.

The ways that songs fall together in this kind of easy-but-precise fusion is what makes Blitzen Trapper special. The talent on American Goldwing isn’t so much in the mere ability to reference and appropriate, it’s in the ways that old approaches become new without the record sounding like its reaching for “revival”. But its also in the ways the band can shift those various styles in and out of the center of each song while still maintaining the Blitzen Trapper brand. That can’t be an easy balance to achieve — especially with a palate as large as BT evokes. And, indeed, they may have gotten a little carried away with this on Destroyer of the Void where the opening (and title) track shot for epic and ended up sounding a little too Queen. Luckily, American Goldwing pulls back just enough to be packed with great influences (see “Fletcher” and title-track “American Goldwing”) while still managing to maintain clear critical distance. Taken together, American Goldwing is an all-around great listen — one perfectly suited for late fall nights on the porch or holiday road trips — and it may even be the band’s best record to date.