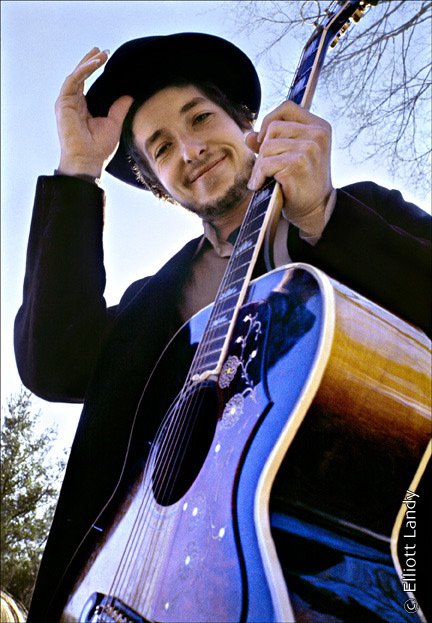 It was May 8, 1991, and I’d returned to my Hollywood office after lunch to find a pink phone message tacked to the board with an unlikely haiku: “Mr. Dylan appreciates your magazine. He will be in touch.”

At first I suspected it was a joke. I’d been trying to land an interview with Dylan since 1987, when I was appointed editor of SongTalk, the journal of the National Academy of Songwriters. But it was no joke; the call came from the office of Elliot Mintz, who was then Dylan’s press rep.

The arrangements surrounding the interview were cryptic and incremental. Elliot’s assistant called me periodically, each time divulging a little more information. At first I was given no time or location, told only that it would take place in the middle of the week at a hotel somewhere in the middle of Los Angeles. Also that I should come alone. It felt like arranging a meeting with Batman.

On the designated day I was summoned to the Beverly Hills Hotel, the big pink lady where stars have stayed and played since the birth of Hollywood. In a bungalow far in the back, Bob Dylan was in a giddy mood. He sang a few lines from the song “People.” Yes, that “People,” the Jule Styne-Bob Merrill standard from Funny Girl made famous by Barbra Streisand. “People who need people,” he sang a capella in that most famous nasality ever, “are the luckiest people in the world …” Then he paused to ask, with much seriousness: “Do you think people who need people are really the luckiest people in the world?”

That he would even know this song, let alone question its premise, says a lot about this man. He thinks deeply about songs, even unlikely ones like this one. Unlike the prevalent perception of him as someone far removed from life as we know it, Dylan pays attention. Searching for some clue as to why he agreed to do this interview with me, he muttered, somewhat in passing, “Man, you and Paul Simon sure talked a lot,” referring to my recent extensive interview with Simon.

The “People” exchange, however, was ultimately omitted from the final interview at the insistence of Mintz, who also demanded the deletion of a few other sections, including one in which Dylan questioned if kids who watched Hendrix burn the flag would do so themselves. Mintz also ended the interview himself by physically turning off both of my tape recorders while Bob was in the middle of discussing his song “Joey,” about the mobster Joey Gallo. I’m still not sure why he was impelled to stop our talk then, but I knew Bob could have kept talking for an hour easy. But it wasn’t to be.

What was to be was Bob having a lot of fun talking about this elusive art form so profoundly impacted by his own hand. His love for songs and songwriters was palpable as was his curiosity. When I told him I loved playing his songs, he asked, “On guitar or on piano?” He wanted to know. Never before or since has he spoken so directly and extensively about songwriting itself, about walking that fine line between unconscious and conscious creation, and ultimately achieving what he defines here himself as “gallantry.”

When you read this, keep in mind that he was smiling.

“I’ve made shoes for everyone, even you, while I still go barefoot”

“Songwriting? What do I know about songwriting?” Bob Dylan asked, and then broke into laughter. He was wearing blue jeans and a white tank-top T-shirt, and drinking coffee out of a glass. “It tastes better out of a glass,” he said grinning. His blonde acoustic guitar was leaning on a couch near where we sat. Bob Dylan’s guitar. His influence is so vast that everything that surrounds takes on enlarged significance: Bob Dylan’s moccasins. Bob Dylan’s coat.

from “Visions of Johanna”

Pete Seeger said, “All songwriters are links in a chain,” yet there are few artists in this evolutionary arc whose influence is as profound as that of Bob Dylan. It’s hard to imagine the art of songwriting as we know it without him. Though he insists in this interview that “somebody else would have done it,” he was the instigator, the one who knew that songs could do more , that they could take on more. He knew that songs could contain a lyrical richness and meaning far beyond the scope of all previous pop songs, and they could possess as much beauty and power as the greatest poetry, and that by being written in rhythm and rhyme and merged with music, they could speak to our souls.

Starting with the models made by his predecessors, such as the talking blues, Dylan quickly discarded old forms and began to fashion new ones. He broke all the rules of songwriting without abandoning the craft and care that holds songs together. He brought the linguistic beauty of Shakespeare, Byron, and Dylan Thomas, and the expansiveness and beat experimentation of Ginsberg, Kerouac and Ferlinghetti, to the folk poetry of Woody Guthrie and Hank Williams. And when the world was still in the midst of accepting this new form, he brought music to a new place again, fusing it with the electricity of rock and roll.

“Basically, he showed that anything goes,” Robbie Robertson said. John Lennon said that it was hearing Dylan that allowed him to make the leap from writing empty pop songs to expressing the actuality of his life and the depths of his own soul. “Help” was a real call for help, he said, and prior to hearing Dylan it didn’t occur to him that songs could contain such direct meaning. When I asked Paul Simon how he made the leap in his writing from fifties rock and roll songs like “Hey Schoolgirl” to writing “Sound Of Silence” he said, “I really can’t imagine it could have been anyone else besides Bob Dylan.”

Yes, to dance beneath the diamond sky
With one hand waving free,
Silhouetted by the sea,
Circled by the circus sands,
With all memory and fate
Driven deep beneath the waves,
Let me forget about today until tomorrow.