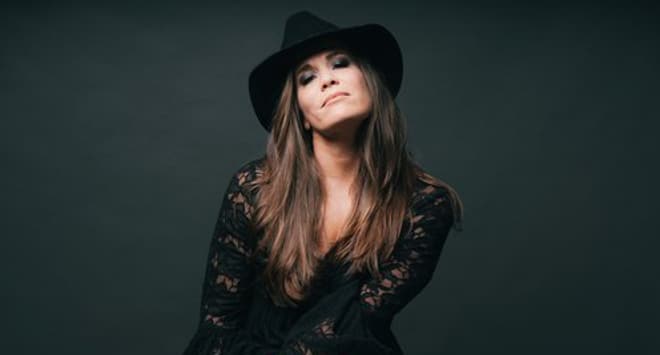 Bonnie Bishop Lets Her Guard Down With ‘The Walk’

Over the course of the eight albums recorded to this point, Bonnie Bishop has demonstrated the fact that she is not only a torrid soul singer, but an emotive and expressive artist as well, if not one that is unafraid to express her innermost darkness or desire.

It’s little wonder that her big break took place when Bonnie Raitt recorded a song she co-wrote, a track that helped Raitt secure her 2013 Grammy for Best America Album. Like Raitt and Susan Tedeschi, another woman to whom she’s easily compared, Bishop has a knack for conveying her songs with both a swagger and a sway, an approach that’s stoic yet vulnerable all at the same time.

With The Walk, Bishop lets her guard down further than ever before.

Coming on the heels of 2016’s Dave Cobb produced Ain’t Who I Was — an album the pundits hailed as a classic comeback — she shares her doubts and insecurities in a way that clearly illuminates her inner psyche.

“I’ve been stuck in hell/Feeling sorry for myself/But I’m moving on,” she unabashedly declares on “Every Happiness Under the Sun,” one of several songs that find her celebrating some emancipation and liberation from the demons that had her held down. “My mind is a broken levee/And my thoughts are flowing way too heavy,” she further confesses on the striking “I Don’t Like to Be Alone,” a painful narrative that’s as candid as it is confessional.

While Bishop makes no attempt to hide her misgivings, her intent seems to offer some sort of example for those who also feel depressed and defeated by the current carrying them through life. “Women at the Well” frames those sentiments in biblical terms, with Bishop taking the role of Mary Magdalene, “the one that Jesus saved from hell.”

Riding the relentless rhythm that powers an opening track, “Love Revolution,” Bishop offers further encouragement by urging others to “hear the joyful sound” and accept the fact that “love’s the truth it’s gonna set you free…it’s the natural high.” That Pollyanna-ish perspective often seems at odds with the dire discourse that often follows, but by the time the album lands on its last entry, the tellingly titled “Song Don’t Fail Me Now,” she appears to have found a way to reconcile her downcast demeanour with the fact that salvation can be found in the liberation that love often brings.

Producer and drummer Steve Jordan gives the set a steady groove throughout, whether it’s the slow sprawl of “Keep On Movin’,” the haunting and rather harrowing build of the title track, the pulsating rhythm that accompanies “Every Happiness Under the Sun,” or the final triumphant refrain of “Song Don’t Fail Me Now.” Indeed, though it’s only a mere six songs long, the album rings with a resolve and determination that belies its darker designs. The Walk ultimately signals a triumph, one that’s both insightful and inspirational all at the same time.