We had the pleasure of interviewing Prinze George over Zoom video!

EXCLUSIVE PREMIERE OF “OFF MY ASS” ON BRINGING IT BACKWARDS PODCAST

Alt-pop group Prinze George premiered their new track, “Off My Ass” on American Songwriter’s Bringing It Backwards podcast! “Off My Ass” is the interpersonal journey of vocalist Naomi Almiquist, navigating her life amidst sudden loss, moving to Los Angeles, and the unfulfilled lows of the COVID-19 pandemic. Inspired by the words of a friend and an art installation about the San Andreas Fault, “find balance during unstable periods, turn fears into meditations, and remember the earth shouldn’t move you; you should move with it” – Naomi was fueled with inspiration to pen her personal struggles in song.

The track reflects a turning point for Naomi Almquist. The ending lyric “But I am sunshine in the rain,” tributes to Naomi’s self-realization to love herself unconditionally.

“‘Off My Ass’ is really the first hug I have ever given myself through my work. I am a deep feeling person and become very angry/explosive when I am hurting. I make mistakes. I don’t know how to lie about how I feel. No matter how awful I’ve been to other people in moments of weakness, I have always been, without a shadow of a doubt, the absolute hardest on myself.

Writing ‘Off My Ass’ has taught me how to be wiser, calmer and kinder to myself. Which in turn has made me more open/kind to the people around me, because that’s how love works. No matter how significant or insignificant other people decide it is, I will always think of this song as the one that really saved me.” – Naomi Almquist of Prinze George

Inspired by their hometown roots of Prince George’s County, Maryland, Prinze George is an American Alternative Pop band formed by life-long partners Kenny Grimm (Producer) and Naomi Almquist (Vocalist) in 2013. Soon after, the two recruited then-student Isabelle De Leon (Drummer) while at college. Influenced by a wide array of genres – from folk to electronica to R&B – Prinze George’s music takes the listener on an emotional, introspective journey. With strong harmonics rooted in live instrumentation, danceable grooves in the outer layer of their discography, and themes of love, friendship, loss and perseverance – Prinze George is emerging and transcending across radars, giving a fresh perspective to the pop genre lyrically and sonically.

Following the release of their self-titled EP Prinze George, the band went on tour with Albert Hammond Jr as direct support in 2015. Bolstering their growing reputation, they dropped their debut album, Illiterate Synth Pop, in 2016 and joined Lewis Del Mar on his North American Tour. After impressing fans at festivals like Austin City Limits, Eaux Claires, and Firefly with their nostalgic, synth-soaked sound, innovative and distinctive lyrics, and mesmerizing, gripping performances, the band released their last EP, Airborne in 2018. Around the same time, Naomi and Kenny were given the opportunity to write songs for actor/director Til Schweiger’s film “Head Full of Honey” in Europe. They continued to expand their loyal following and break genre barriers thanks to a string of collaborations in 2019 with some of the industry’s top artists like Carnage, Diplo, G-Eazy & Wiz Khalifa (“Slot Machine,” “Letting People Go” & “Wait For Me”). Their latest EP effort, Happy Garden, dropped March 26th of this year, featuring singles “Garden in the Sky,” “Taller,” and “Centuries.” 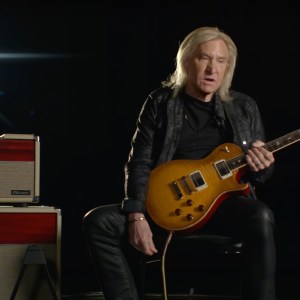 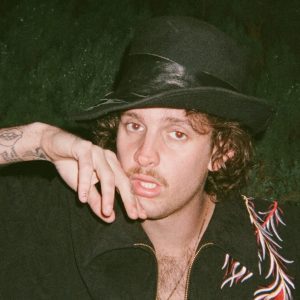