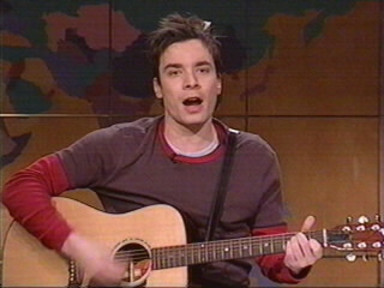 Say what you want about comedian and late night talk show host Jimmy Fallon: the man has a talent for impersonating rock stars. Fallon has taken the piss out of Eddie Vedder, Adam Duritz, Alanis Morissette, and the Cure’s Robert Smith. But there was one impression he was apparently saving. Until now.

Watch Fallon channel Neil Young’s voice and mannerisms as he sings the theme song to the Will Smith-starring ’90s sitcom Fresh Prince Of Bel-Air, from a recent episode of Late Night With Jimmy Fallon. You’d think it was an outtake from After The Gold Rush.