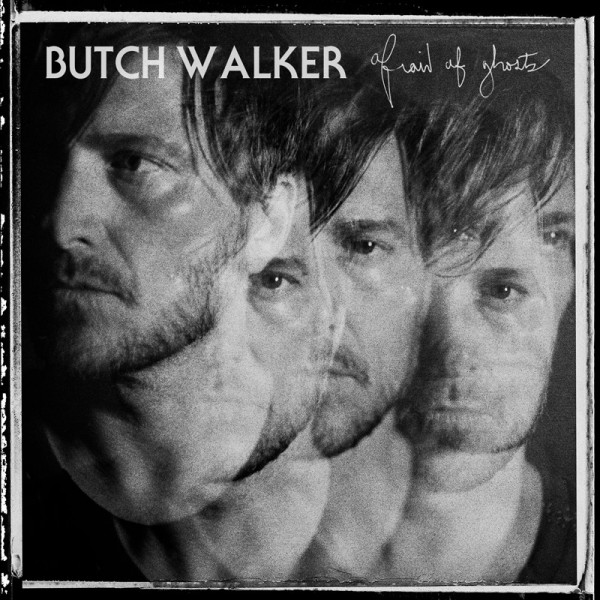 Based on his voluminous and eclectic track record as a solo recording artist, band leader of the under-appreciated hard rockers Marvelous 3, songwriter for hire, multi-instrumentalist backing musician and producer for artists as diverse as Taylor Swift, Avril Lavigne, Fall Out Boy, Pink and errr…Lindsay Lohan, it’s doubtful Butch Walker is afraid of ghosts or anything else. But the reflective vibe of his seventh album shows a vulnerable side to the auteur seldom seen before.

Previous releases have included the occasional ballad, but Afraid of Ghosts is comprised entirely of pensive, meditative material. Written over the course of a year but recorded live in the studio in just four days—tellingly the first anniversary of his father’s passing– with producer/touring buddy Ryan Adams, this predominantly acoustic outing is more folk than rock. Lyrics are poignant, melancholy and as finely tuned as the intimate performances. Despite what seems like a tight recording schedule, nothing feels rushed or undercooked. On the contrary, the occasional strings, loping tempos and exquisitely layered production make these tracks richly immediate.

Don’t let the all-ballad program scare you. Walker takes tunes such as “Bed on Fire,” buildings them gradually and gracefully to an ornate but never fussy, textured crescendo. When the Neil Young sounding stun guitar unexpectedly enters that track about 2/3’s of the way in, the effect is riveting. Walker’s voice is wonderfully expressive, perhaps more than ever, as he sings these tales of loss, reflection and death without a shade of pretention. Adam’s makes the most of the stripped down instrumentation, weaving acoustic guitars, drums and piano into a full sound that feels lush, especially on the gorgeous “Chrissie Hynde,” not entirely an homage to the Pretenders’ lead singer, but rather about the effect hearing her voice “singing through a blown out speaker” had on his life. The 60’s styled slow dance tempo of “How Are Things, Love” is like nothing Walker has done before. It’s a tender love note to an old girlfriend who he has not gotten over, sung with sleepy intensity that shifts ever so slightly into falsetto.

Clearly this is a major departure for the typically harder edged Walker. The detailed presentation, beautifully crafted songs and sensitive singing are so enticing, it’s surprising it has taken until now to reveal this side to his talents. While it may be a brief career diversion instead of a new direction, Butch Walker adds to his long list of accomplishments with an album that’s as impressive in its laid back way as any of the tougher, edgier, more aggressive entries that dominate his catalog.