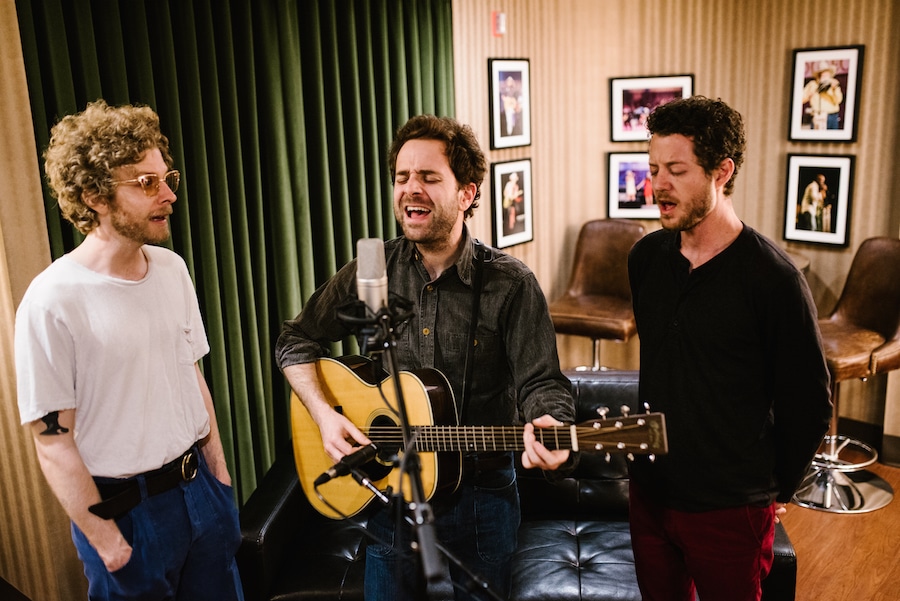 Playing the Ryman is a special event for any band. No matter how established you are as an act, or how many times you’ve played the Mother Church, it’s still a momentous occasion, and the level of awe the venue engenders amongst the performers is often palpable during the show. If there’s any stop on the tour you invite your parents to, this is the one.

L.A. folk-rockers Dawes returned to the Ryman for a two-night stand on April 28 and 29. The night was billed “An Evening With Dawes” and it featured two sets from the band.

Even though they spring from Southern California, Dawes enjoys a special connection with Nashville, having recorded 2015’s All Your Favorite Bands in town with David Rawlings, and lead singer Taylor Goldsmith has collaborated frequently with Nashville residents John McCauley of Deer Tick and country-cornball Jonny Fritz, notably in the side project Middle Brother, so this felt like something of a hometown-away-from-home show.

Before its first show of the weekend, we caught up with the band in one of the backstage dressing rooms at the Ryman for one of our Martin Guitar sessions. Watch below as Taylor Goldsmith (guitar), Griffin Goldsmith (drums) and Lee Pardini (keys) perform a stripped-down acoustic version of “Roll With The Punches.” And be sure to check out our photo gallery from the session here.