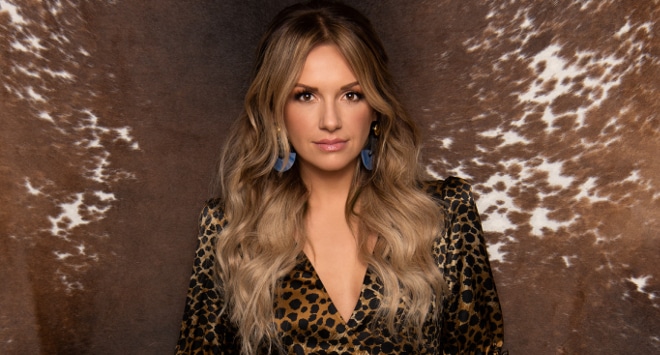 Carly Pearce Premieres Heartfelt Tribute, “It Won’t Always Be Like This”

In September of 2018, as the sheer star power of Carly Pearce was erupting thanks to the success of addictive hits such as “Hide the Wine” and “Every Little Thing,” the Kentucky native sat down and began to write a song.

She wanted to tell a story about her beloved grandparents – an all too familiar story about how life moves fast and often the people we love the most are the ones we end up losing far too soon for our liking. Eventually, alongside fellow songwriters Natalie Hemby and Sam Ellis, Pearce would take those thoughts and turn them into the song “It Won’t Always Be Like This.”

“I had never cried in a write before,” Pearce tells American Songwriter about the emotional songwriting session. “But man, did I cry at that one.”

Then, one year later, tragedy hit.

Pearce’s longtime collaborator and producer busbee passed away from brain cancer at the cruel age of 43. And suddenly, the all too truthful song took on a whole new meaning for Pearce.

Premiering exclusively today on American Songwriter, “It Won’t Always Be Like This” tells the story of front porch goodbyes and hometown heartaches and moments and people that pass through your life far quicker than you would like.

The song serves as the third cut off of Pearce’s self titled sophomore album, which is set for release on Valentine’s Day 2020 from Big Machine Records.

And it’s now a song that reminds Pearce of her dear friend busbee.

“Busbee thought this song was really special from the beginning,” recalls Pearce. “Everyone in the studio could just feel it. And just by coincidence, busbee’s brother was in Nashville visiting him while we were working on this song. They had had a rocky relationship in the past and I remember the song bringing him to tears.  He was just so touched by this song.”

Little did Pearce know that her producer would soon be in the battle of his life.

“No one knew,” Pearce says quietly. “He had some signs of forgetfulness, but then he had the seizure in July and nine weeks later, he was dead. This is the last full record he turned in. He turned it in ten days before he had the seizure.”

She pauses for a moment, the pain still present within her broken heart.

“He put me on the map and helped me get to where I am now,” continues Pearce, who has toured in recent years with country music powerhouses such as Blake Shelton, Rascal Flatts, Luke Bryan and Jason Aldean. ”I can hear so much of him on this record. It will now be a part of his legacy.”

But as much as the song’s meaning has seemingly transformed via the ups and downs of Pearce’s life in recent months, the backbone of the story remains very much hers.

“There were many times in my life where I doubted where my life was taking me,” remembers Pearce, who began touring at the age of 11 and quit high school at the age of 16 for a job performing at Dollywood. “I remember the days when my friends were getting record deals and I was still cleaning B&Bs. I didn’t understand why my story was turning out the way it was and why life wasn’t happening the way I thought it would be.”

But now, she knows that those days were just one little piece of her much bigger journey, both personally and professionally. Currently, Pearce is enjoying the rocketing success of her current single with Lee Brice titled “I Hope You’re Happy Now,” which she penned alongside Luke Combs, Jonathan Singleton and Randy Montana. She is also enjoying life as a newlywed alongside hubby and fellow country star Michael Ray.

And yes, she’s cherishing every moment.

“If I could go back to my twenties, I would have told myself that things were going to turn out the way they were meant to be,” she says. “And they did, even better than I have ever imagined.”

Carly Pearce’s sophomore album is available for pre-order December 6. Head on over to CarlyPearce.com for more information.

I remember how I couldn’t wait to get out

Of my hometown now I’m looking for, every excuse to go back on the weekend

I can still see the front porch balcony every time I leave, grandpa waving back at me

Wish I could’ve told myself back then

I know nothing lasts forever but sometimes I still forget

I remember hearing the door slam

22 didn’t have a clue who I was, who I could trust and who were my real friends

I had big wings but didn’t have a sky

Just a front row view of everybody flying high

Waiting for my time, wish I could’ve told myself back then

Looking at you, looking back at me

All I wanna do is make another memory