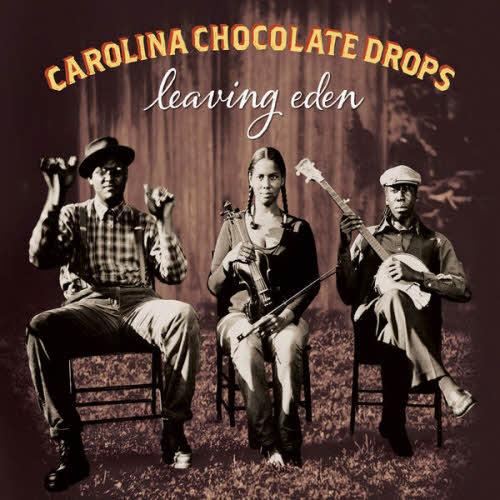 In recent decades when old-time music has been the beneficiary of a revival, it’s usually been at the hands of mostly white artists like Alison Krauss and Nickel Creek. It’s a genre that’s been often looked upon as the domain of legendary Caucasian performers like Dock Boggs and Jimmie Rodgers despite the fact that African-Americans musicians like Charlie Patton, Blind Blake and Etta Baker were just as important in advancing this particular style of music. While Taj Mahal wound up being the most prominent artist of color to delve into and record mountain music in recent times, it was only a small number of younger musicians like Alvin Youngblood Hart and Corey Harris who followed his lead. Since releasing its 2006 debut Dona Got a Ramblin Mind, Carolina Chocolate Drops is the latest group to firmly assert its place in this movement and in the process, win a 2010 Best Traditional Folk Album Grammy.

Wisely tapping guitar-playing singer-songwriter Buddy Miller to produce, the group found a collaborator as equally knowledgeable about traditional mountain music as the CCD. And while founding member Justin Robinson departed, remaining Drops Rhiannon Giddens and Dom Flemons recruited multi-instrumentalist Hubby Jenkins, beatboxer Adam Matta and cellist Leyla McCalla to flesh out and contemporize the band’s sound. From the intertwining fiddle and banjo that signals the first few bars of opening number “Riro’s House,” the vibe throughout the rest of Eden is one of being at a hoedown or raucous hootenanny. Material comes from a variety of sources ranging from the 1870 songbook Kerr’s Collection of Merry Melodies (5-string gourd banjo instrumental “Kerr’s Negro Jigg”) and Alan Lomax field recordings (the infectious a cappella field holler “Read ‘Em John”) to South African blues guitarist Hannes Coetzee, whose “Mahalla” is turned into an acoustic guitar/5-string banjo instrumental duet with an Afro-pop flair to it. Elsewhere, Giddens infuses the feminist gem “No Man’s Mama” with the same swagger that Ethel Waters did when she originally sang it while Matta’s subtle beatbox contributions enhance rather than distract from the galloping twang of “Po Black Sheep” and the saucy Giddens original, “Country Girl”. Far from coming off as a dry and didactic exercise in replicating an ancient style of playing, Carolina Chocolate Drops has instead reinvigorated old-time music for 21st-century ears.