Nearly two decades into his vocational youth ministry, Casting Crowns frontman Mark Hall remembers the humble roots of his artistry that led his Grammy-winning Christian rock group into their ninth studio album. Due in early 2022, the seven-song collection will serve as the first half of a two-part project that cultivates unlikely growth seeds.

As a young teacher desperately trying to reach his young audience, Hall would sing Christian songs to his students to introduce applicable Bible verses. This practice transformed into crafting his own songs on his 45-minute commute to and from Bible College. “I didn’t even know I was writing songs,” Hall says over the phone. “I was just whining in the car to God.”

Diagnosed with dyslexia and ADD, it took Hall six years to earn his four-year degree. Most days, he filled his drive with pleas: “God, give me one good reason to stay here.”

From a place of fear, Hall cleared a path that made sense of a burdensome past, and an honest, articulate storyteller emerged. “Writers, we normally come out of dark caves with our songs,” he says. Hall drags his etchings — penned in darkness — out into the revealing light of day.

“Any lesson I teach is not something I’ve learned; It’s something I’m learning,” says Hall. “I look in the mirror, and it gives me hope because if Jesus is gonna love me, He can love anybody. Because I don’t know many lessons that He’s only had to teach me once.”

Learning to read Scripture with dyslexia presented a lesson that rocked his faith foundation. A younger Hall believed his fate teetered at a point he later realized did not exist.

“As a kid, I thought I was trying out for God’s team, hoping to make it,” he shares. Hall was surprised to discover the Bible filled with characters he describes as “much worse than me.”

“I thought, ‘they’re all trainwrecks,’ but I noticed that none of them freaked Jesus out. He always talked to people and loved them where they were. That’s the difference between Jesus’ love and ours. We feel that to love someone, you have to tell them they’re doing really good, even if they’re running off a cliff. Jesus would say, ‘I love you, but you’re going the wrong way.’ He would love you with truth.”

Casting Crowns’ new album begins on “Desert Road” The cinematic structure evokes an alluring soundscape. Like a trance, lyrics lay a path obstructed by a melodic mirage. Unable to see the end from here, the listener must rely on blind faith to continue.

Based on the Book of Acts, “Desert Road” alludes to Philip following God’s commandment to walk an unfamiliar road. He treaded onward for an undetermined amount of time before he discovered the purpose of his journey. Had Philip succumbed to doubt God’s cryptic directions, he would not have shared the good news of God with an unknowing traveler he stumbled upon on his way.

After years of struggling with learning disabilities and bullies and praying for help, Hall now understands that God was not absent on his journey. “Now I spend so much time with kids dealing with being slower than others and wondering if God will help them,” says Hall. “But because I’ve been down that road, and I trusted God, I can walk with them now.”

“Healer” resonates with the polarization which seemingly severed a nation that once prided itself on unity. Hall recalls a devotion from the Book of James that we should be quick to listen, slow to speak, and slow to anger.

Hiding behind computer screens and user handles instilled confidence to spew hatred. Media algorithms allow us to stand firm in our convictions, constantly re-enforced on a positive feedback loop of like-minded timelines.

“After passively-aggressively burning bridges, we’re back together and now reminded of what we said back when we were feeling ‘right,’” says Hall. “We were feeling a little weak, so we looked for causes that cost us the least. It’s so easy to be passionate about something that cost you nothing.”

Hall thanks God for his gift of “taking every opportunity possible to just shut up.” Rather than speaking his mind, he hopes to cut through clouded chatter of rage-based responses to unveil a common hurt that requires all hands and hearts to align to heal.

“Healing for our country is not going to be elected, and it’s not coming through a hashtag,” adds Hall. “The healer already came; he’s here. Our problem is that we want comfort, but we don’t want a King.”

The lyrics delineate the dilemma that if Jesus is “the healer,” we must love like Him— with truth. “It’s evident that we love our friendships more than we love our friends,” says Hall. “We love having our friends so much that we’re not willing to tell them something they need to hear because we don’t want to lose them. But love is going to cost you, and healing has to come through us.”

“Crazy People” explores the way people must have perceived Biblical characters like Noah when he was building an ark. The album closes in a similar vein and humor with “Second Opinions.” For years, Hall has joked about The Book of Second Opinions that includes sayings like “God won’t give you anything you can’t handle”—and other sentiments that are close enough to Scripture that it gets twisted in translation. Hall, who admittedly has fallen victim to this, calls his audience to consider whether God has failed them or if they are just disillusioned by misinterpretation of His promises.

Like stepping stones, the listener ascends each song on their journey to becoming whole again. To pave the path, Hall does not write from a tower of righteousness. Casting Crowns’ best-selling strength lies in their candid imperfection and humbled efforts to reach weary hearts through open ears. 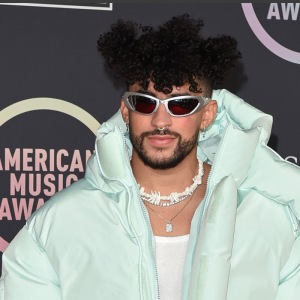 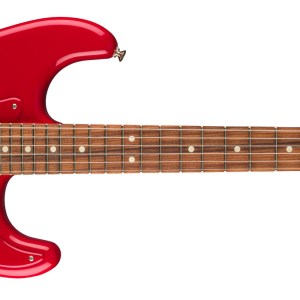