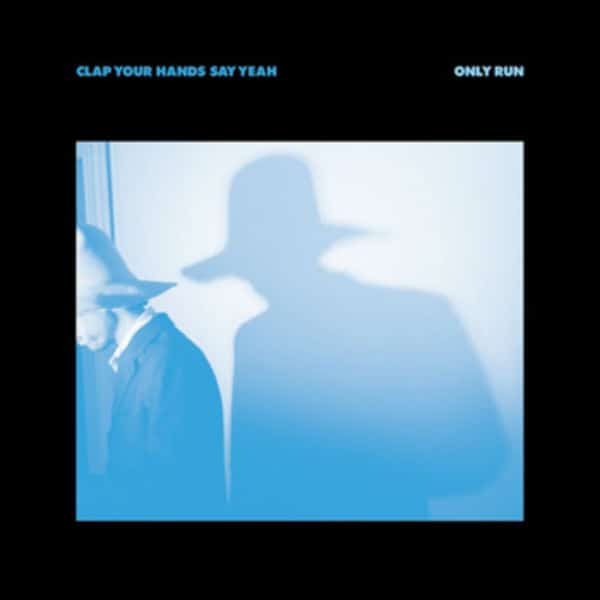 Clap Your Hands Say Yeah
Only Run
(CYHSY)
3.5 out of 5 stars

Clap Your Hands Say Yeah’s self-released, self-titled debut was a big deal. Musically, it occupied a similar space as albums released by Modest Mouse and Arcade Fire in the year prior — good, if familiar tunes that scratched a persistent mainstream indie itch as MP3 blogs were beginning to dominate the conversation. The music — while solid — wasn’t necessarily the remarkable thing. That a self-released record in a limited pressing could garner such raves, persuasive enough to sell out their first run of CDs and prompt courtship by a number of labels, was a lot more interesting. In early 2005 they were more or less anonymous outside of their home city of Philadelphia. Thanks to the Internet, they were critical darlings within a matter of months, soon embarking on a headlining national tour — with a little-known opening band called The National.

In the decade since, Clap Your Hands Say Yeah have seen much wider distribution, even signing to Wichita in the UK, but the group has continued to carve their own independent path. Fourth album Only Run is also the band’s fourth self-released album, but it sounds a lot bigger and more expensive than their first record. A lot of that is thanks to producer Dave Fridmann, who is famous for making albums by Mercury Rev, Sleater-Kinney and The Flaming Lips sound massive. Only Run is no exception.

Only Run has big synths, bigger production, and a general cosmic sensibility that finds them sounding more like Radiohead than they ever have. Alec Ounsworth’s vocal affectations are actually closer to Thom Yorke’s than David Byrne’s this time around, and without even much in the way of drastic alteration. He’s merely tempered his yelps to fit the moody, sprawling art rock, and it’s a welcome change.

The songs themselves, underneath the fancy production job, ultimately still feel a lot like the same band. For all of the laser show theatrics of “As Always,” there’s still a jittery indie rock band underneath. And in spite of the electronic ambiance and sputtering drum programming of “Blameless,” the band still focuses most of their energy on cranking out a booming anthem. “Coming Down” even reunites the band with former tourmates The National, as the track features a guest vocal from that band’s Matt Berninger. If Only Run proves anything, it’s that Clap Your Hands Say Yeah are still making music on their own terms — they just have the budget and freedom to pull it off with a little more flash.