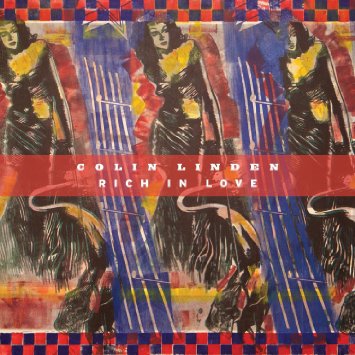 In a more just world, Colin Linden would be afforded similar esteem given his musical peers T Bone Burnett and Buddy Miller as one of the lynchpins of Americana. The Nashville by way of Toronto and New York musician has worked with everyone from Gregg Allman and Diana Krall to Bob Dylan, has played key roles in the music for the television series Nashville and as a producer of over 100 discs for a variety of artists. Linden has also released albums with his ongoing side band Blackie and the Rodeo Kings not to mention a steady stream of his own unfairly under-the-radar solo projects beginning back in 1987. He has also been a guitar prodigy since he was 11 and was mentored by no lesser blues icon than Howlin’ Wolf. If he retired today, Linden would leave a resume the envy of any of his contemporaries in the Americana field.

From the sweet countrypolitan shuffle of “Luck of a Fool” featuring roller rink organ from Reese Wynans (Stevie Ray Vaughan’s band) to the sensitive folk of “Everybody Ought to be Loved” and the blistering slow blues of the Musselwhite driven “The Hurt” that namechecks betrayed stars such as Etta James and Sonny Liston and features Linden’s slide talents, the music hits a variety of bases yet stays grounded in the frontman’s style. The swampy “I Need Water” converges his influences with a hypnotic melody, emotional vocals and a chorus of “I need water to build these tears” that cuts to the emotional core.

The acoustic “Delia Come for Me,” inspired by the 2011 execution of Troy Davis, features Linden’s mandolin on a heartbreaking tune that might be one of the most poignant moments in his extensive catalog. The cutting slide on “No More Cheap Wine” borrows liberally from Ry Cooder and Lowell George on a shuffling rocker guaranteed to provoke audience sing-alongs live. Linden gets reflective on the Delta blues inspired solo acoustic “Paybacks are Hell” (singing “I’ve had my fun/ my race is run”) to close out 52 minutes that prove he remains one of Americana’s most talented and frustratingly under-recognized figures. Hopefully the superb Rich in Love will change that.