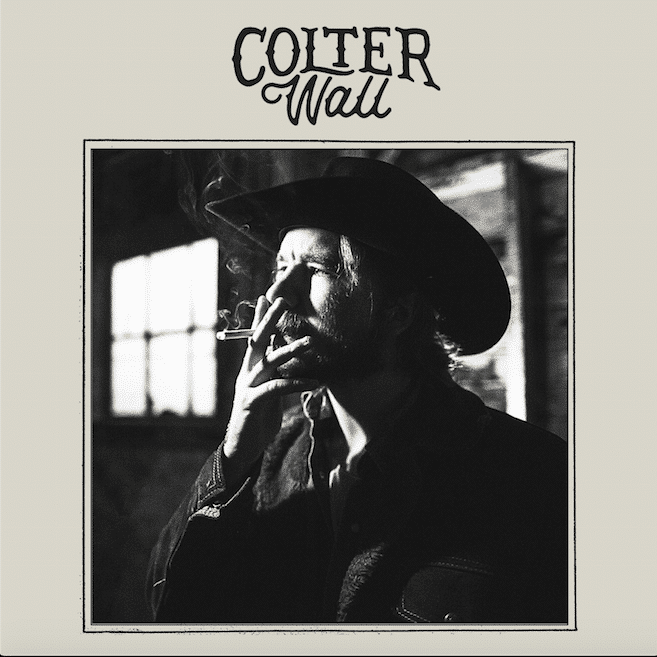 It’ll only take 15 seconds into “Thirteen Silver Dollars,” the opening track from Colter Wall’s new release, to have most folks wondering where in the States this greying, grizzled codger with the rusty baritone voice, talk/sung delivery and stripped-down folk approach has been hiding … and how deep is his catalog.

But first impressions are deceiving. Not only is Wall a native Canadian but at 21 he’s a long way from old. And he has only one previous EP, although that contained “Sleeping On The Blacktop,” featured on the soundtrack to last year’s Oscar nominated Hell Or High Water flick. All this helps makes Wall, who exudes an ancient, wise humanity, an up-and-coming Americana face worth watching.

The rugged, dry-roots folk and country tales he spins are accompanied by his own acoustic strumming and the sparest of backing; occasional brushed drums, steel, piano and additional guitar from producer Dave Cobb.

Whether he’s singing from a prison cell about murdering his lover “Kate McCannon,” or comparing life to a “Codeine Dream” in a back-mountain folk blues ballad, or recounting words of wisdom from his partner in “You Look To Yours,” these stories reverberate with gruff truth and tough reality. When he recounts riding a box car and freight train with blisters on his feet “thumbing down Woody Guthrie street” over a melancholy melody, the words to “Transcendent Ramblin’ Railroad Blues” feel like a page torn out of Wall’s diary.

Praises from Steve Earle and Rick Rubin should get Walls some attention. But one spin is all you’ll need to understand this youngster, with a soul matured beyond his years, is here to stay.