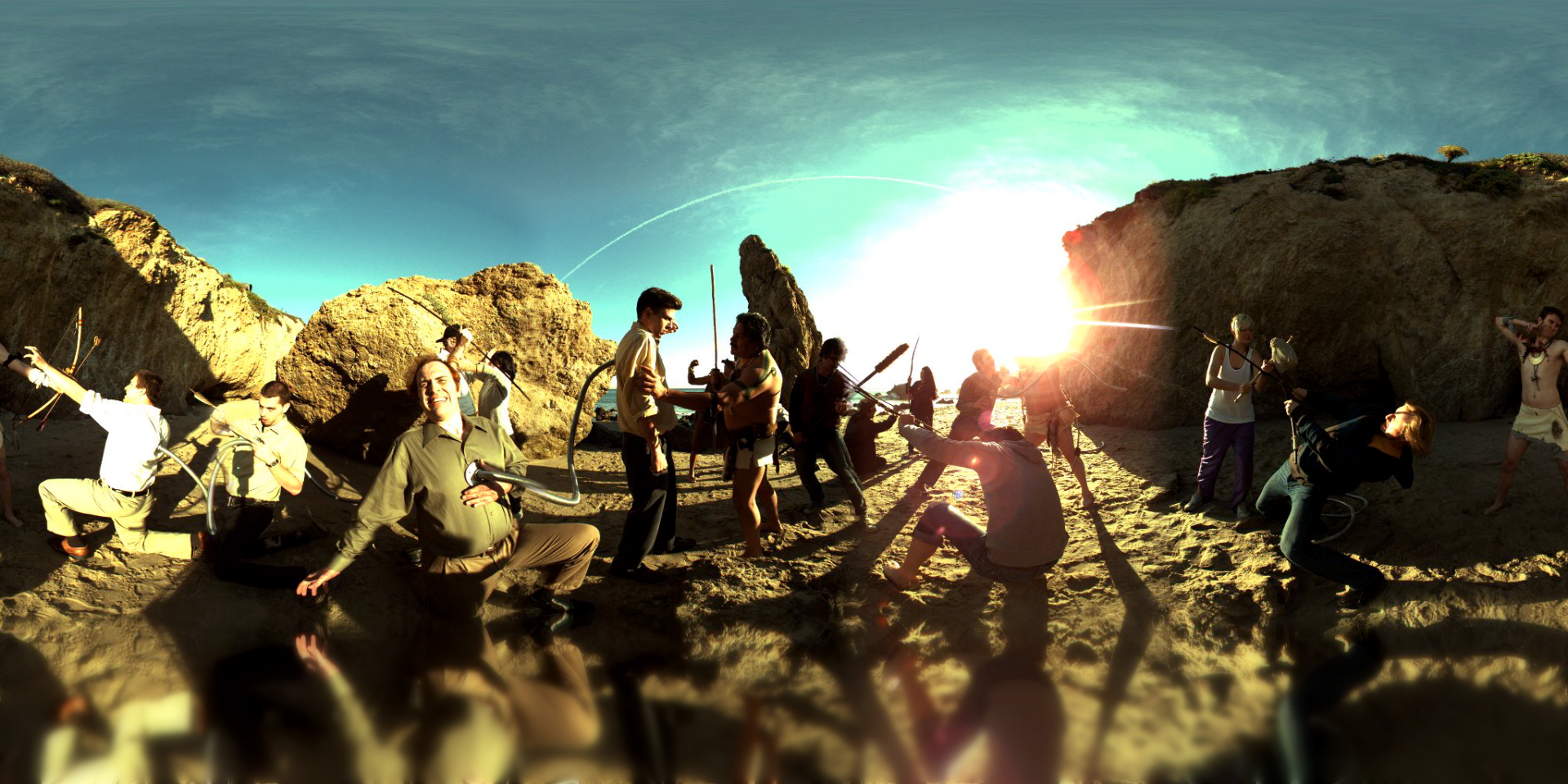 Craig Wedren, composer, songwriter and frontman for Shudder To Think has released a mind-blowing new video for “Are We,” the first single and “story-chapter” from his upcoming concept album and interactive film Wand.

The “Are We” video employs pioneering 360° technology, allowing fans to interact with the video in real time, and features appearances from Wedrens’ longtime buddies from The State David Wain, Thomas Lennon, Ken Marino, and Joe Lo Truglio. Wedren penned The State’s theme song in the early ’90s, and later went on to score Wain’s films Wet Hot American Summer and The Ten.

We talked to Wedren and Wain about the “Are We” video, and delved into their history together.

Tell us a bit about the song “Are We” and the Wand album.

Wedren: I originally wrote the song “Are We” for the Alan Rudolph film The Secret Lives Of Dentists as a kind of free-associative chant/meditation about the ways we get locked into certain habits and trajectories in love and marriage. However, in Wand, the song soundtracks a tribe of ghosts who live deep in the woods, away from modern (or even ancient) culture. The lyrics are nicely elastic, and can work for both.

The album Wand began as a four-plus-hour body of music ranging from soundtrack-y instrumentals to pop-y dance music (a la my old band BABY) to songs that felt very Shudder To Think-like. When I began working on the record, I knew that I no longer wanted to distinguish between all of the different sectors of my music, and that all of these styles should coexist on what would hopefully be a coherent, if epic, LP. It’s been boiled down to a nice 50-minute blazer, but it retains and synthesizes all of my previously disparate endeavors (film music, dance music, so-called “art-rock”, etc.) in a way that makes the album accessible and complex at the same time. I think it’s a pretty rich listen, and I’m real happy with it.

What do you think of the finished video? Did it meet your expectations?

Wedren: I think the video is quite beautiful and otherworldly; absurd and surreal in the best way, like much of my favorite art and music unsettling and a little funny. It more than met my expectations, although I’m excited to make more now that we have a sense of the potential of the 360° panoramic format. It was our (director Tim Nackashi and I) first foray into this new technology.

Was it a difficult shoot?

Wedren: The shoot was no more difficult than any other shoot, which is to say it was an exhilaratingly mad scramble to get it done on time and within the budget, but still have it be sumptuous and awesome looking. Our cast and crew were fantastically creative, resourceful, and game. I can’t thank them enough.

How long did it take to put together, compared to a “normal” music video?

Wedren: I had been sitting on a feature length script (no dialogue, just story and image) for a film that would accompany Wand for a few years when I ran into Tim Nackashi at a party. He had just directed the melting-candy video for “WTF?” by OK Go and we got to talking about Wand. Our heads were in the exact same place about that twilit nether-region between film and music, and he seemed te perfect director for what I had in mind. We did a bit of brainstorming before Tim brought the interactive 360° concept to the table, and from there it pretty much flowed.

I don’t think it took any longer to put together than a normal music video, but we needed to think about story and image in a totally different way from what we were used to, on account of there being no “offscreen” with panoramic video, where you have to think like a 6-lensed hydra.

What was your favorite part of the filming?

Wedren: My favorite thing was making my friends dress up in silly costumes (and getting to do so myself), then watching what had been in my head for so long take material form. The were a few moments, in particular the final beach scene/funeral procession, and the battle tableau, that were particularly arresting and exciting to enact.

David, What do you think of the video?

Wain: Amazing. I’ve never seen anything like it. It’s not surprising to me to see Craig moving into uncharted territory in filmmaking the same way he’s done in music. I can’t wait to see how the rest of “Wand” evolves.

What was the experience of working on the video like?

Wain: It was definitely one of those experiences where I really didn’t completely understand what Craig and Tim had in mind – but the 360 camera device they were using was super cool and I knew that I had to just follow their lead and trust they had a vision, which they did. I think this might be how actors sometimes feel working with me — the material seems weird or bizarre, and I hope they trust that I know how I want it to go in the end.

How did you first meet Craig?

Wain: I first became aware of his work around 1973 at Park Day Camp in Cleveland Heights, Ohio. His cubby was next to mine because both of our names began with “W.” From then (age four) on we’ve spent most of our lives together — elementary school through summer camp through college, to living and working together both in New York and L.A. all through the years.

Why is Craig your go to guy for scoring? What does he bring to the table?

Wain: I love working with Craig because he will always take my half-baked idea and turn it into something much more interesting and cool and effective. Because of his deep background as an “art rock” composer and singer long before he was a film composer, his mind never goes to the generic which I value so much. He also has a wonderful network of musicians and collaborators who always enhance the final product even more — again I think coming from his decades as a member of bands. And of course the fact that we’ve been friends since toddlerhood, we have developed a shorthand, which is indispensable when putting a movie together and there’s precious little time for the composer and director to talk things over. For example I can say, “Maybe something like the riff from that song you wrote your girlfriend when we were 13…” And he’ll say “got it!” and it’s done!