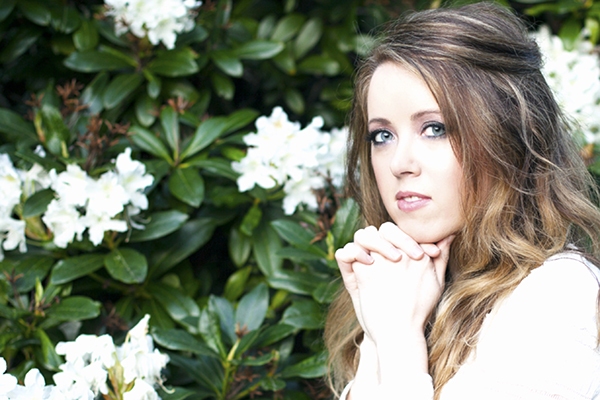 AMBITIONS: To be a finisher not just a starter

TURN-OFFS: Clothes that are super cute but too tight to want to wear for more than five minutes

TURN-ONS: Discovering a new place that I love, people who are thoughtful and kind, stories that make me laugh so hard I cry

SONG I WISH I WROTE: “The Story” by Phil Hanseroth

I WROTE THIS SONG: in Seattle.  I was living in my own place for the first time, and so I had the ability to really experiment with my music.  It was then that I figured out how to shift from classical harp to indie rock harp.  I found creative ways to repeat notes, and this song is a good example of that—the eighth notes alternate between the left and right hand, making it more percussive than how the harp would be played traditionally.

The lyrics started out as a sentence I was thinking about.  I said it out loud then tried to make a melody that sounded similar.  I wrote it in a songwriting journal and later sat down at the harp to fill it out.  The chords in the chorus I thought would be filler but ended up staying put.  A few days later the harp interlude was woven into it. Each time I played around with the song, it would meander into a new style. By the time I was in the recording studio it was still a free-spirited song, taking on a new shape every hour. The line “You light up the world for me” came around while I was listening back to what was already recorded, and it ended up being repeated like crazy in the song. I still had tons of new ideas every time I heard the song and the producer that I was working with had to draw a line in the sand and say it was good the way it was!  What I loved most about the recording was the juxtaposition of the sound of the harp and the sound of the drums.

Daily Discovery: The Lagoons Reach For Good Vibes On Genre-Bending New Single “Love To Love You”

0
“In a time where there is a lot of negativity, we want people to see the good things in life instead of...
Read more
Daily Discovery

0
It is the newest single from the Hawaiian artist.
Read more
Daily Discovery

Daily Discovery: Suzy & The Lifeguard Cooks Up Something Smoky And Sultry On “Take It Slow”

0
It is the second single off her forthcoming sophomore EP.
Read more