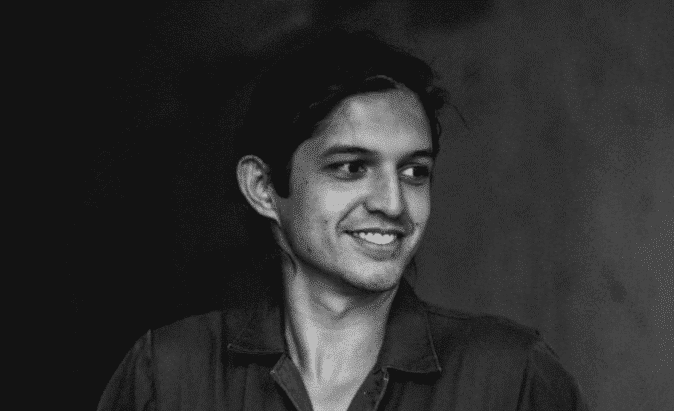 Santa Barbara-based indie-folk artist Conner Cherland made the leap to full time musician three years ago, and has since released three records, performed at Nashville’s Americanafest, and toured up and down the West Coast. His newest release, “Toad Boy! And Other Related Parables,” will be released on November 22.

“Sides” is one of the more ambitious tracks from the EP.  Kicking off with a big drum beat that channels ’80 era Phil Collins,“ and an ominous guitar riff, Cherland laments about the difficulties in finding deep and true friendships: “One day I will be a friend/ All the while I won’t forget/ that I can’t be something that I’m not/though I tried honestly” he sings.  “I wrote the song because I learned that not everyone wants to be my close friend. This song is about how I can’t pretend to be someone who’s okay with mostly cursory friendships.”

Originally written on an acoustic guitar, Cherland recorded the song in Pasadena, CA with The Rare Occasions, an indie rock band from Boston, now based in LA). “Their lead singer/recording engineer Brian McLaughlin was kind enough to drive out to my house in Santa Barbara, (and also) let me take over his house for hours at a time while we recorded the song.”

Cherland’s music and lyrics recall the intimacy and introspective of his primary influences, which include Hozier, Sufjan Stevens and Coheed and Cambria. He also finds an affinity with the quirkiness of Oscar-winning songwriter Randy Newman. “You can hear the first notes of “You’ve Got A Friend In Me” and it actually takes you somewhere else. His new song on Chance The Rapper’s album is incredible. His last album, Dark Matter, has a song called “Wandering Boy” which is one of the best written songs I’ve heard in my life. He continues to write better material, which gives me hope as I get older.”

0
Dave Yim is a man of many talents. He spent his adolescence learning classical piano and playing drums in rock bands, he also wrote...
Read more