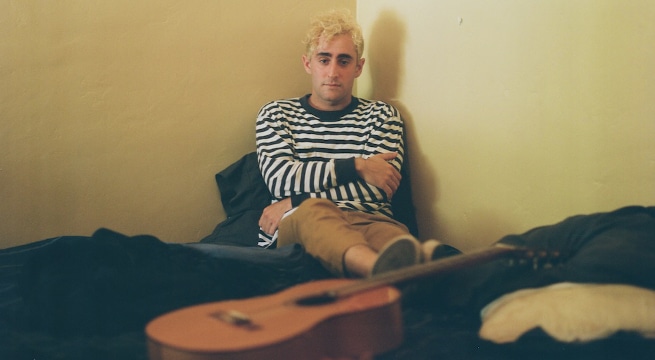 Hether — the performance name for 24-year-old multi-instrumentalist Paul Castelluzzo — was raised near San Diego and is based in Los Angeles.

Hether cut his teeth with writing credits and guitar on “Time” by The Free Nationals, Mac Miller and Kali Uchis, Anderson Paak’s “King James” and production on Mac Ayres “Devil’s in the Details.”

Hether grew up playing Jazz and listening to T. Rex, Beach Boys, Velvet Underground and The Beatles. A talented guitarist, vocalist and songwriter, Castelluzzo wrote his first song as Hether in the wake of his sister’s passing and the ending of a world tour as part of the popular Bachata artist Romeo Santos’ live band.

At the time he said that the crippling impact of emotions guided his creative direction.

“After she passed, I couldn’t go outside or look at the sky because I felt overwhelmingly insignificant,” says Castelluzzo. “I never sang before but the night I wrote my first song as Hether the words came pouring out. I gravitated towards the sun-bleached sounds of my childhood. The creative process was for my escape, but the making of the music was for my sister.”

With the release of “Shy” it appears that Hether has found footing with a more confident tone as well.

“Shy is my anthem for the soft spoken, unsure and docile individual. It’s my way of releasing my social frustrations and insecurities into a flamboyant confident song,” Catelluzzo told American Songwriter.

Hether is expected to soon announce an EP with “Shy” being one of the cuts. You can listen to the track below.