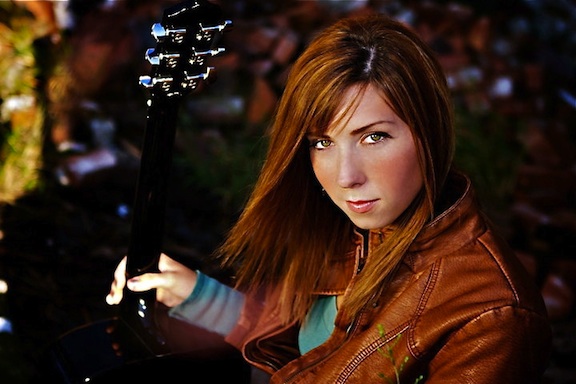 AMBITIONS:  To have an enormous catalogue of ‘brilliant’ songs that I’ve written over the years. To write an Anthem that will endure for generations to come. To learn how to cook meals that are actually somewhat edible.

TV ADDICTIONS:  Forensic Files…I feel like I could commit a crime and evade police for at least 6 months; you learn a lot from watching criminal’s rookie mistakes.

MY FAVORITE FORM OF EXERCISE:  Ballet, hiking, and running outdoors.

THE BOOK THAT CHANGED MY LIFE: East of Eden by John Steinbeck…absolutely gripping!

I NEVER LEAVE HOME WITHOUT: A notebook for writing lyrics. I could technically use my iPhone to take down a memo, but it’s so nice to frantically scribble down my next big idea, only to spend hours later desperately trying to decipher exactly what it was that I thought was so brilliant.

I WROTE THIS SONG:  about a pet peeve of mine; dishonesty. There’s nothing worse than being lied to…except for maybe being lied to and told that it was for your benefit.

0
It is the second single from the 24-year-old, unsigned artist.
Read more
Daily Discovery

0
From the woods of Northern Sweden emerges an ensemble of 20-year-old rockstars banging out what has been described as, “Punchie Swedish Indie...
Read more