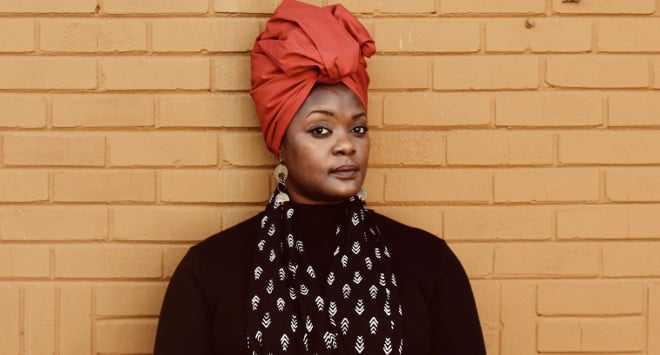 On her new single “Fear,” Nashville-based singer-songwriter Kyshona Armstrong resoundly stands up to fear and encourages others to do the same.

“I have let fear rob me of joy, ambition and many opportunities,” she says. “I need this song as much as I feel others may need the reminder to face the fear, call it out when we see it and rise to the challenge.”

Writing the track with her brother Kelvin, Armstrong’s uplifting and inspiring call-to-arms reminds us of the power of our words against forces that try to bring us down.

“Fear is that boogie man that sits quietly in the corner of our minds that can paralyze us the moment confidence enters the picture,” she says. “Rather than listen to that voice that’s telling you why change isn’t possible, call it out. Recognize the fear and move past it. It’s just another wall to be knocked down. We can’t let fear rule our every move. Fear is what has kept us so divided.”

Recording the track live to tape at the Bomb Shelter studio in Nashville, the song trudges along with swampy acoustic and electric guitars, Hammond organ swells and tight drums that sit right in the pocket. Mixing soul, R&B, blues and folk, “Fear” fits in perfectly with the sounds of retro roots contemporaries like Leon Bridges and Anderson East.

“Fear” is just one of the 10 tracks from Armstrong’s upcoming LP “Listen,” produced by Andrija Tokic (St. Paul & The Broken Bones, Alabama Shakes, Hurray For The Riff Raff).

With roots as a music therapist, Armstrong’s “Listen” is the full realization of an artist whose career has been dedicated to healing, as she takes the power of the songs she once wrote with her patients and brings them to a larger audience.

Armstrong is joined by good company too, finding her voice by looking to the legacies of music and societal trailblazers like Sam Cooke, Michelle Obama and Nina Simone.

“Her music was a mirror of the world she walked in. In her writing her voice represented the voice of many that were oppressed and ostracized. She took that message into privileged spaces with no apology,” Armstrong says of Nina Simone.

With an ambition to “to bring the light of music into places of darkness,” it’s clear that “Fear” and the other nine tracks from her upcoming LP unapologetically and convincingly do just that.

“Fear” is available everywhere and her LP “Listen” will be available on Feb. 28.

0
Tower of Power – or TOP, as they’re known in some corners – has still got it goin’ on. After 52 years...
Read more
Daily Discovery

0
From the woods of Northern Sweden emerges an ensemble of 20-year-old rockstars banging out what has been described as, “Punchie Swedish Indie...
Read more
Home Featured Post