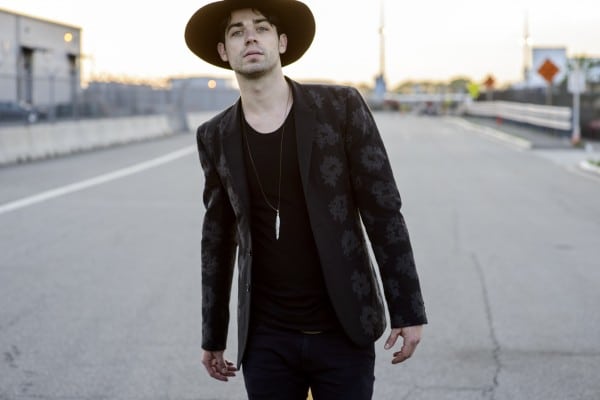 AMBITIONS: My ambitions are to keep writing honest music and try to connect with as many people on the road as possible.

TURN-OFFS: I’m not too keen on people who sing in a fake British accent or only drink expensive craft beer.

TURN-ONS: I’m a big fan of people who are honest, work hard and stay true to themselves. I’m also a fan of a strong, beautiful women.

DREAM GIG: This one is tough! Playing Red Rocks in Colorado with Willie Nelson would be hard to beat.

FAVORITE LYRIC: “I’m not gonna worry wrinkles in my brow, cuz nothin’s never gonna be alright no how. No matter how I struggle and strive, I’ll never get out of this world alive.” — Hank Williams

SONG I WISH I WROTE: “Let It Be” by The Beatles and written by Paul McCartney. To me, it’s one of the most beautiful songs ever written.

5 PEOPLE I’D MOST LIKE TO HAVE DINNER WITH: Let’s assume everyone has to be alive so I’ll go with: Tom Waits, Keith Richards, Emmy Lou Harris, Bob Dylan and Paul McCartney. Preferably all at the same time.

MY FAVORITE CONCERT EXPERIENCE: Seeing Iggy Pop playing to 150 people at Don Hills in NYC in 2010 was definitely up there. He killed it in every way.

I WROTE THIS SONG BECAUSE… It’s hard for me to really pinpoint why i write a certain song or where they come from. I think I needed to give myself an explanation of what I was doing to myself and also to those around me. We can all find ourselves in self-inflicted ruts and this song relates to a version of mine.

0
The single comes off their debut album, XXIIIXIX
Read more