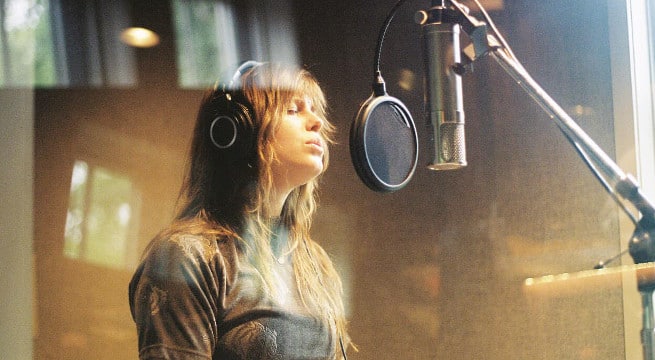 Daily Discovery: Taylor Noelle Drops “What Can I Do”

Taylor Noelle is a singer-songwriter based in Nashville by way of California. She is a best described, if not self described, as a pop singer/songwriter with soul and r&b influences’.

Her writing has always been introspective, and her words were always at the forefront. Her first EP had the kind of writing that another famous Taylor would have fawned over.

“You stayed in the outskirts of my lonely world/ And I kept of dreaming that I’d be your girl/ Sometimes we speak and it feels like old times/ While it hurts to be so close to what can’t be mine”.

In September 2018 Noelle released ‘Words’, which straddled the old singer-songwriter sensibilities she had meticulously crafted, and the new direction Noelle was heading towards; shimmery soulful pop where the vibe and words co-exist on the same plain.

Then in February of this year, Noelle released ‘End of the Night’. The artwork showed Noelle in a blue sequined dress lying in front of a series of mirrors, matching the sonics that Noelle has now begun to immerse herself and her music in.

‘End of the Night’ is about the intense longing you experience for someone after seeing them at a party and not knowing how you could go back to how you were before you saw them.

These sonics have now been carried into Noelle’s two brand new songs, which were released last week: ‘What Can I Do’ and ‘Rely’.

‘What Can I Do’ is the shorter track of the two and feels like an intro into an album, with its dreamy and hypnotic opening bars and Noelle’s silky-smooth layered vocals. The track is propelled forward with its funky guitar riffs and percussion. ‘What Can I Do’ rises and falls, mimicking the back-and-forth of wanting to tell the person the truth to make them stay but at the same time not being convinced that would even make a difference.

‘Rely’ picks up where the ‘End of the Night’ left off, except instead of longing for that person, ‘Rely’ is about the disappointment and ache one feels when the person you cared about and relied upon has no problem picking up leaving you, all to an upbeat, shimmery track that takes you back several decades.

In the run up to the release of ‘What Can I Do/Rely’, Noelle posted some snippets of the original demos of ‘Rely’ on her Instagram account. It started its life a sombre piano ballad, and though the final version shimmers and sparkles, and reminds me in part of Maggie Rogers EDM-infused pop and old Fleetwood Mac records, it also makes me wonder if something is lost in the final version. There are times when the words get lost beneath the bouncy handclaps and shimmery guitars and piano. But mostly there feels like a disconnect between the super sad lyrics and the lightness of the instrumentation.

0
The single comes off their debut album, XXIIIXIX
Read more