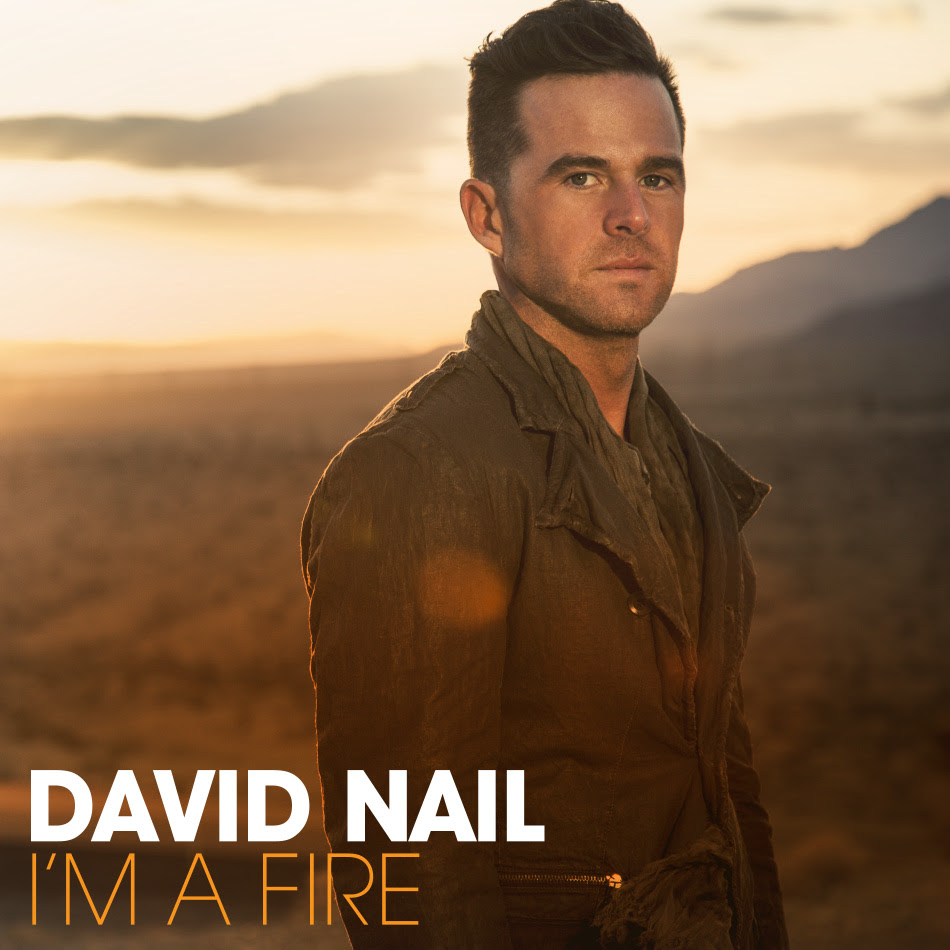 Sometimes, we need to be reminded of where we come from to realize where we should be going. Such is the case with David Nail’s I’m a Fire: specifically, the cover of Glen Campbell’s “Galveston,” with Leanne Womack, that centers the album in the rich history of country songwriters — a tradition that seems obvious to some, but has lost traction in recent years as cheesy wallet chains replaced leather belts and bonfire jam sessions were phased out for spring break parties.

Nail struggles a bit with what world in which to exist – admittedly tricky, when it’s easier to make a living with a black baseball cap on than a cowboy hat, and particularly when your songs at times fit more cleanly in 90’s country than anything either outlaw or bro territory.

“Whatever She’s Got,” the album’s lead single, is actually a little deceptive: capitalizing on some easy melodies and sonic country clichés, it’s no where near as slyly sophisticated as the rest of I’m a Fire, which is stronger on mid-tempo country pop, ballads and arrangements that showcase Nail’s strong voice, which is a nasally throwback that floats easily from throaty deep notes to delicate highs, pitch-perfect and as clear as glass.

It’s hard to reconcile the man in “Whatever She’s Got,” who is paying attention to blue jeans and nail polish, with the one in “Brand New Day,” who sings about rebirth, healing and redemption. Having spoken openly about his struggles with depression, I’m a Fire is meant to show what a fire Nail actually is: capable of being modern, upbeat, positive. He accomplishes this best on songs like “When They’re Gone (Lyle County)” featuring Little Big Town, that rock steadily with tasteful, not expletive, bluegrass strings, and the title track, that shows what a happy, mainstream country song can be – more committedly southern than Lady Antebellum, and more believable than Blake Shelton’s  “Doin’ What She Likes,” and certainly more mature.

Though he’s reportedly less than eager to release a ballad, some of the best moments of I’m a Fire are “Burnin’ Bed,” written by powerhouse Brandy Clark and Shane McAnally, that boasts a beautiful, progressive chorus and “The Secret,” that deals in death, infidelity and hidden love – it’s a touching demonstration of the narrative power of country music, when it’s focused around a delicate drumline and the sheer emotive pull of Nail’s voice.

The record ends with that cover of “Galveston,” a pretty faithful rendition, sans the dated horns and with the twang kicked up even more – but maybe that’s intentional. Nail wants to flirt with the mainstream, but make it known where he’s come from – and that the past once allowed for mainstream country that had no mention of “how we roll,” but didn’t try to be particularly edgy, either. Whether or not there’s room to flame that fire, time will tell.