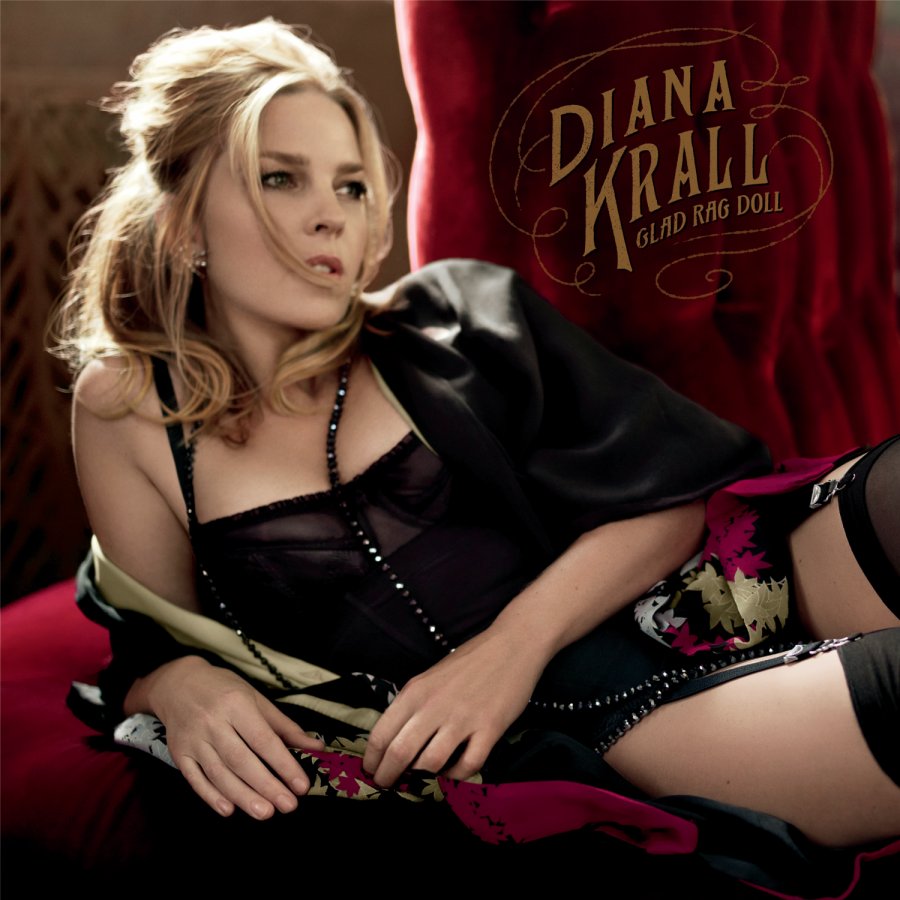 Call Glad Rag Doll an artistic leap forward, although to surmise that Krall hasn’t already gained industry-wide and critical respect would be a bold misconception. Krall was a central piece in Paul McCartney’s recent trip down music’s memory lane with Kisses On The Bottom, and so the music contained within her latest work was a place she was already comfortable with performing. In fact, it was her father’s collection of 78s that was an inspiration in this collection of music during one of America’s most fertile songwriting periods.

Still, there is a major sonic difference between the two recordings. McCartney’s album often sounds true to the material’s time with its swaying backdrops and his laidback vocal performance, but Krall’s take periodically looks to update the sound while remaining true to its roots thanks to producer T Bone Burnett’s handiwork and his team of crack musicians.

Dennis Crouch (bass) and Marc Ribot (electric guitar) create an especially bluesy air on “There Ain’t No Man That’s Worth The Salt Of My Tears,” and Krall’s work on the piano has perhaps never sounded so rock-n-roll. Couple that with her contralto that sounds rather confident and borderline vengeful, and it’s an artist tackling a new persona. That vibe is continued on “I’m A Little Mixed Up” styled in stomp blues.

Fans of classic Diana Krall will almost certainly love the light bounce on “I Used To Love You But It’s All Over Now” and “We Just Couldn’t Say Goodbye.” The latter leads off the album making it an excellent introduction to move the listener from familiar territory into this new style. Things slow down on “Prairie Lullaby” to a near crawl, although its lazy acoustic guitar-led foundation lends to its dreamy state. The wistful “Wide River To Cross,” penned by Julie and Buddy Miller, is a stunning version with husband Elvis Costello (listed as alias Howard Coward in the liners) that packs hope with its gut-wrenching punch.

Perhaps the only misstep on the album is Doc Pomus’ “Lonely Avenue” where Krall never seems to let loose vocally on a dark backing track that begs for a bit more growl, even though she’s certainly impassioned on the keys. It almost would have worked better as a strictly instrumental track as it’s a fiery and original take that runs for seven minutes.

Even so, the album works well as a whole. Krall never seems out of place even as she takes chances in a space that could have left her sounding overwhelmed. With her musical chops and Burnett’s guiding hand, however, she was never really in danger of allowing that to happen.

You can get a sneak peak into the making of Glad Rag Doll as Krall and Burnett are interviewed in the video below.