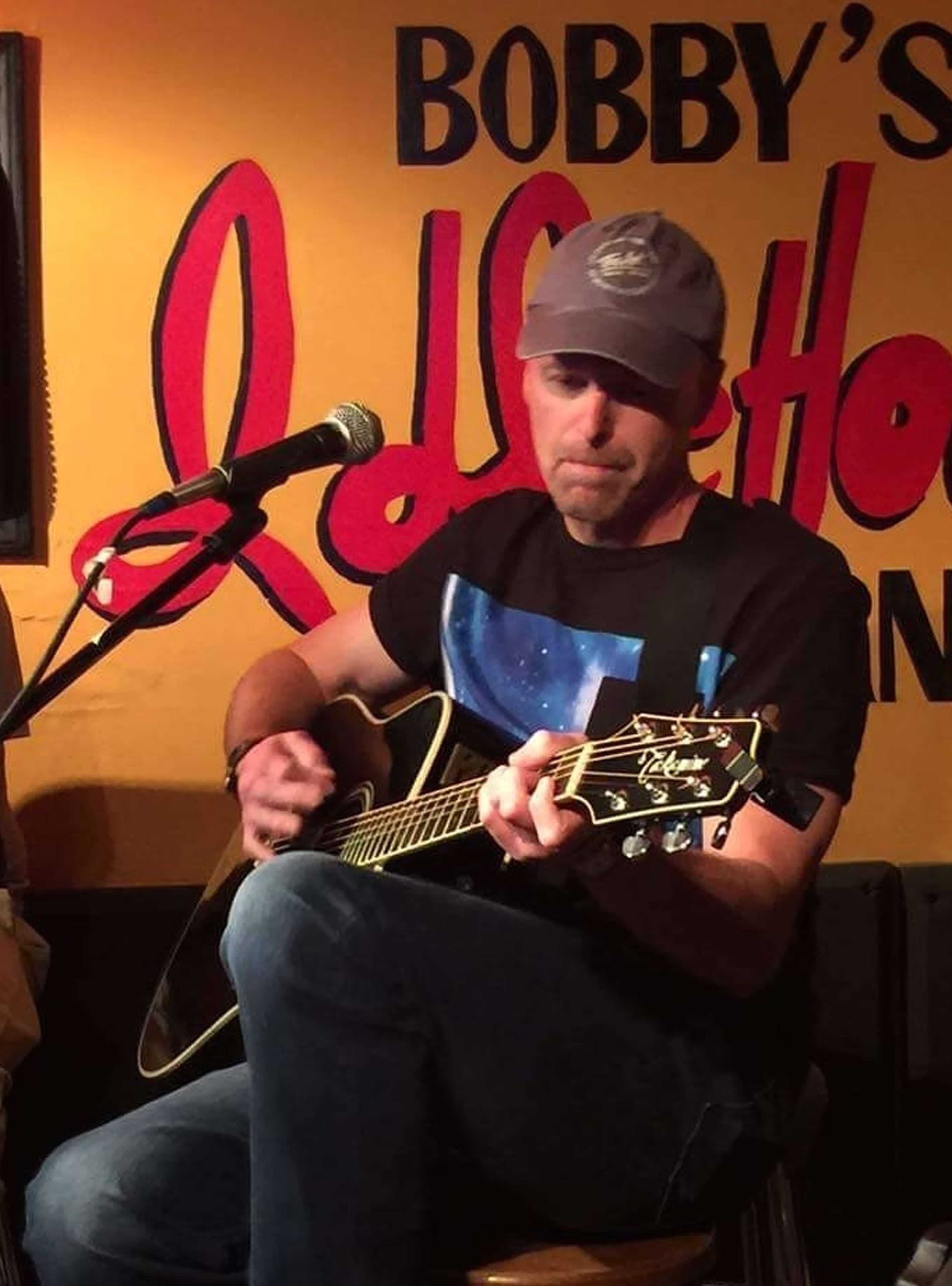 Click here to read the lyrics and see the results of the contest.

I’m always looking for song ideas and this one came to me this past summer when I was in Virginia Beach. Seeing all of the people come and go, the excitement and energy everyone has when they’re on vacation or holiday, and the juxtaposition of this with the locals that are there year-round. While there, I spent a good deal of time interacting with folks at restaurants and pubs (especially pubs), and got to know their perspective on living in a tourist town.

When did you write it? How long did it take to write, start to finish?

I started this song while still in Virginia Beach and finished it at home a couple of weeks later. The song came together pretty fast. That’s not always the case, but this one just happened.

Yes. Although I have not yet recorded a demo for this, it is complete. Once I feel a song is finished, I record a working version and add it to the list of songs I might play on any given writer’s night. Listener reaction and feedback is really useful in the decision of what to tweak and ultimately what might merit a more finished demo.

I guess my favorite lines are in the final verse. In my previous life, I was the front man and songwriter for an alternative rock band and our lyrics weren’t always as straight-forward as the commercial style of songs I’m writing now. Having said that, I still strive to find fresh ways to convey the storyline of the song. So, my favorite line in the song is “We watch the fall waves rise and crest, the fog rolls off of our breath” as it alludes to the passing of summer.

Like most writers, I keep a bank of lyric or song ideas in a notebook or on my phone. Once I decide to use an idea or lyrics that I have, I usually sit down with my guitar and figure out a progression that fits the mood of the lyric and then I craft the lyrics around the progression and melody. I work out melody ideas on the piano as well. So typically, once I begin to craft a song, I write the melody, music and lyrics together.

So many. Paul Westerberg, Jason Isbell, Don Schlitz, Steve Earle, Bruce Springsteen, Townes Van Zandt, Tom Waits, Jimmy Webb, Scott Kempner, and the writings of Jack Kerouac. As far as contemporary Nashville writers, I like a lot of the songs coming out of Creative Nation (Luke Laird, Barry Dean, Lori McKenna, Natalie Hemby) as well Big Loud Shirt (Craig Wiseman), and Tom Douglas. I had the opportunity to meet Tom and hear him speak at a NSAI event a couple of years ago. He was inspiring and insightful and performed a heartfelt rendition of “The House That Built Me” that reminded me of how personal songs can be and how deep songwriters have to dig sometimes to find a song.

After spending most of my twenties traveling the country with the band I was in, I settled down for a while and didn’t write much. A few years ago, the band did a reunion show and I began writing new material. That kick-started everything again and I’ve been traveling back and forth to Nashville the past two years to play writer’s nights and network. I recorded a demo of a song I wrote called “The Curve” at Larry Beaird’s studio last year with a great Nashville singer named Paul Bogart. While I still perform, my hope is to write songs for other artists. The Nashville songwriting community has been so welcoming and there is such an abundance of talent.  My plan is to relocate to Nashville in the near future.

0
The sweeping, orchestral ballad is a timeless artifact on the power and brilliance of music.
Read more