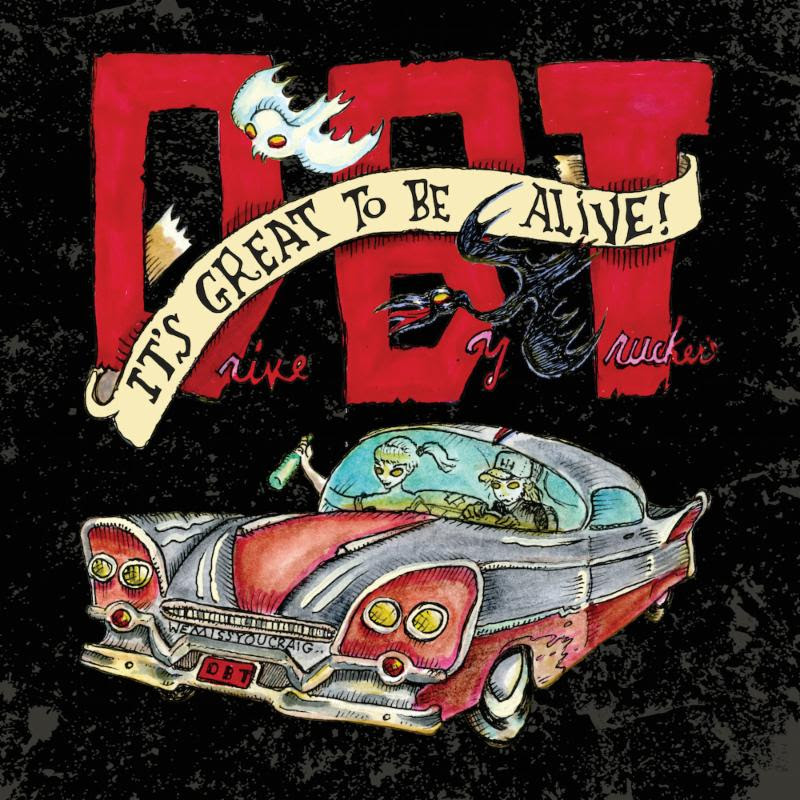 Drive-By Truckers
It’s Great To Be Alive!
(ATO)
Rating: 4 out of 5 stars

“Every night is important. Every show should be played like it’s the most important show we’ll ever perform … Play it like we might die before morning. Play it like it’s the last show we’ll ever get to play. It just might be.” That’s co-founder/co-frontman Patterson Hood writing in this live album’s liner notes. Anyone who has caught even one of the approximately 2,000 Drive-By Truckers’ gigs over the past two decades knows it’s not lip service. These guys bring it every time.

Hood and partner/co-founder Mike Cooley decided to document 20 years of music from 10 studio releases with the current lineup. The raw, rollicking result, caught during a three night stand at San Francisco’s Fillmore (Nov. 20-22, 2014), proves how relentlessly the group adheres to Hood’s above manifesto.

The sprawling 35 song, three disc package (there’s also a double version) covers music from the quintet’s entire career, including rarities even hard core fans might not know. The set listing is pieced together from all three shows with Cooley and Hood alternating lead vocals. A three piece horn section adds heft to a handful of tracks but with often three guitars churning away, the brass is mixed too low and doesn’t add much. The extra space though provides room for stretching out on a closing 13 minute version of “Grand Canyon” from their most recent release and a few of Hood’s extended intra-song spoken word pieces, typically a highlight of their shows.

The blue collar themes and tales of working class folks looking for redemption, or just a light at the end of their tunnel, have remained a Truckers theme from 1998’s Gangstabilly debut. They mesh with the group’s gutsy, rust earth tinged Southern rock, often slathered with organ, grinding guitars and dollops of twang. These performances are tougher, tauter and grittier than their studio companions. Collectively, they reflect the life’s work of a tight, hardworking/hard traveling act that plays by its own rules. And, judging from the almost three and a half hours of music here, one that continues to improve with age.