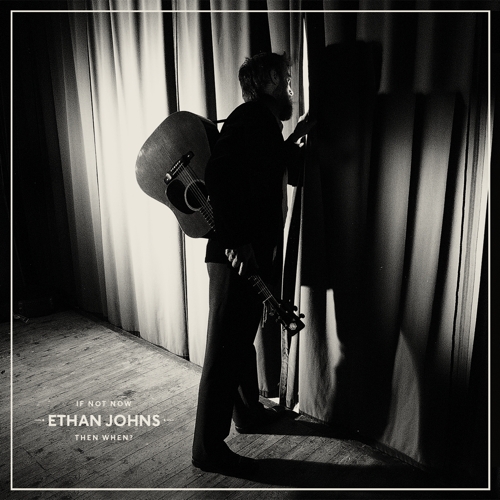 Ethan Johns: If Not Now Then When? Ethan Johns
If Not Now Then When?
(Three Crows)
Rating: 3 out of 5 stars

Like father like son only goes so far. Although Ethan Johns followed in his famous father Glyn’s footsteps as a producer, he has broken away from a life lived behind the board to behind the microphone for this, his debut solo album. That’s something his legendary dad never got around to, perhaps due to a schedule that included work with the Stones, the Who, the Eagles, Steve Miller and many others. This disc’s title implies Ethan does not want to have his career relegated to the liner notes and credits.

These songs were still recorded between other production assignments and it sounds it. The approach ping-pongs between the intimate, solo acoustic folk of the opening “Hello Sunshine” to the raw, stripped down boogie of the following “Morning Blues” and finally settles into an easy going folk/rock with country and psychedelic influences. Johns sports a soulful, talk-singing voice somewhere between Jakob Dylan and Tom Petty which meshes well with these agreeable tunes. Some of the material is on the slight side but Johns sells it with committed vocals and unique instrumentation—a fiddle here, pedal steel there, odd synth sounds mimicking wind and very cool garage Farfisa organ with Dylan-ish harp on the album’s first single, the rocking “Don’t Reach Too Far”—that keep the proceedings interesting for the abbreviated 10 track, 35 minute running time.

Little jumps out like the work of his most famous productions whether by the Kings of Leon, the Jayhawks or the Boxer Rebellion. But it’s all charming in its simplicity and obvious dedication to craft. This is an impressive first effort for the multi-talented Johns who is clearly determined to avoid spending his life in the shadows of others.