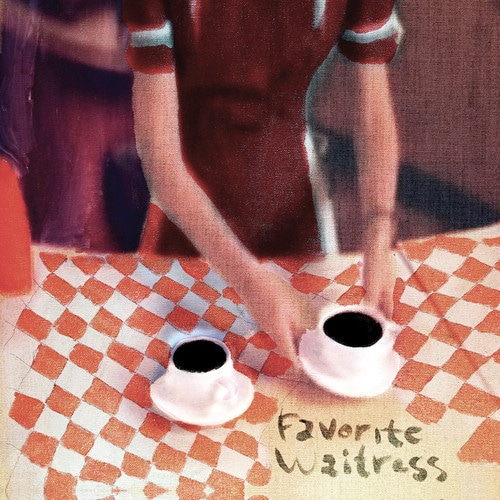 The Felice Brothers
Favorite Waitress
(Dualtone)
4 out of 5 stars

Now six releases into a catalog that has gained considerable steam since The Felice Brothers’ scrappy 2006 debut, the band loses drummer/songwriter/novelist Simone to a solo career and retreats somewhat from the sonic experimentation that dominated, and to some ears hindered, 2011’s boundary pushing Celebration, Florida.

That album seemed to be an attempt to distance them from their earlier ramshackle, Band-inspired, chicken-coop recordings. Much of that wanderlust is reigned in on the more rustic, but equally eclectic and lyrically challenging studio follow-up (last year’s homemade digital-only God Bless You Amigo was a quickie made to raise cash for a new van). Certainly the lazy acoustic guitar strum and barking dogs that open “Bird On A Broken Wing” capture the group at its most laid back, even as fiddle, accordion and additional unplugged instruments thicken the sound. As the set continues, the songs get increasingly obtuse; lyrically, instrumentally and through unusual arrangements. That’s especially obvious on the downbeat, almost nightmarish “Constituents” and the dreamy, nearly psychedelic swirl of “Alien.”

Things get really twisted on the heartbeat thumbing “Chinatown,” a tune as challenging and winding as the movie it doesn’t seem to reference. The guitar feedback that leads off “The Woman Next Door,” the disc’s loudest, brashest and most raucous offering, exposes The Felice Brothers’ darkest impulses that bubble under on the rest. Ditto for the murky ballad “Saturday Night,” whose sparse, dreary, bummed-out vibe is reflected in the sad-sack, frayed at the edges vocals and lyrics that, like those of most of these songs, imply madness and melancholy.

The underlying moodiness makes this a keeper, despite, or perhaps because of, the need to hear these tracks multiple times to absorb the bleak beauty and sadness inherent in the Felice Brothers’ overall approach. This is challenging Americana that never takes its audience, or its influences, for granted.