Fender has been making guitars that adapt to the evolving player since they opened shop in the ’50s. The continuting innovations that were applied to the standard Stratocasters and Telecasters took the guitars to new levels, and they catered to anyone who picked one up. Founder Leo Fender always sought the opinions of his customers, from everyday unknowns to world-famous legends. The company’s current team has stayed true to his philosophy and taken the best of these classic designs and added some modern-day tweaks. The result is perhaps the most playable Fender line yet: the American Ultra series.

This collection of stunning axes includes several new appointments that were previously unavailable from Fender. They include comfortable contours, a new fast and frictionless modern “D”-shape neck, new noiseless pickups, and beautiful finishes that make these guitars look as nice as luxury cars.

The American Ultra series takes the place of the American Deluxe and American Elite series at the top tier of the Fender production line, keeping the locking tuners and sturdy hardware but making the guitars more stage-ready. Personally, I play hard and I dig in. When I play, I expect the guitar to talk back. I do not want to constantly worry about re-tuning. I put the American Ultra Telecaster and Stratocaster through the ringer at a six-hour rehearsal and a four-hour gig as soon as I got ahold of them. The tuning remained stable, allowing me to focus on the music without having to worry about the guitar. The intonation was flawless and the guitars were set up to my liking right out of the box. I was very pleased that the guitars came installed with Schaller-type strap-locks.

About the neck. I never knew my hand needed this modern “D”-shape. I experienced zero fatigue with this new design, which is slightly slimmer than the previous modern “C”-shape neck that was standard on all Fenders. This, along with the 10”- 14” compound radius, made all types of playing a breeze, from open chord work, to extended jazz chords, to ripping solos.

The satin back on the neck makes the guitar even more finger-friendly, frictionless and fast, and you can actually reach and bend all the way to the 22nd fret due to the new contours. The sculpted neck-heel makes you think that this could be a “neck-through guitar” if you aren’t looking at it. Though it might sound like a lot, the guitar sill maintains the Fender-feeling neck that we’ve known and loved since the beginning, and I don’t see it causing any conscious playing adjustments.

Fender has hit the nail on the head with the new noiseless pickups as well. Unlike previous noiseless pickups, these have a lot of life and character and preserve the classic Fender sound. They’re articulate and quite hot, and pick up every little nuance from string noise to the tone of the saddles when you’re picking down by the bridge. Both the guitars feature a unique S1 switch. The Teles put the pickups into series when engaged and the Strats add the neck pickup to any of the switch positions. I was able to get that Tele middle-position sound out of the Strat, and it sounded close to the ear. I also fell in love with the S1 switch on the Tele, which switches the middle/neck combination position from series to parallel. Pushing the S1 into series mode gives you the perfect rock-rhythm tone, quite reminiscent of what a humbucker would do.

The tone controls on both axes are also very utilitarian. When I rolled back to relieve some of the harshness on the bridge pickups, I didn’t lose any of the harmonic qualities of the pickups themselves. This was something a pedal usually had to accomplish for me in the past. And speaking of pedals, both these guitars sounded killer with my current rig, and I am able to get crazy with my settings without worrying about noise from the guitars themselves.

The finish on these guitars sets the bar high, as it should be since this is Fender’s top-tier production line. The “Cobra” blue Strat elicited major guitar envy from fellow players at my gigs due to their vibrance and sparkle. These axes look great onstage, and when the spotlight hits these guitars just right, the sparkle is visible to all. The “Texas Tea” Tele had my eye from the get-go due to the classic binding and dark brown finish. Even in the light, it has a beautiful sparkle that is unlike any other Fender I’ve seen.

If you’re looking for a beautiful stage companion that gives you the best of beauty and performance, the American Ultra series is your jam. Get it while it’s new, as I suspect many players will trade in their old workhorses for these “Cadillacs.” 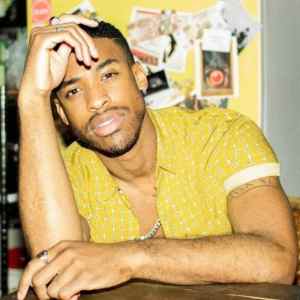 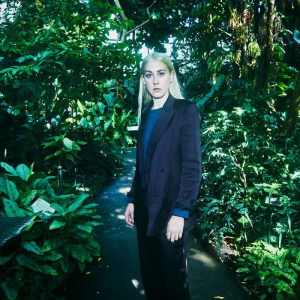