As a working composer/producer with songwriting and scoring deadlines and whose main instrument is the guitar, you can imagine the frustration of having to score different instruments using a MIDI-based keyboard, which is not my primary instrument. I was looking forward to reviewing the Fishman Triple Play wireless MIDI controller and its optional EastWest plug-ins to see if it could cut my workflow down and accurately replicate the sounds of other instruments. If I could use my guitar instead of a MIDI keyboard, have the desired sounds articulate authentically and reduce the time involved in getting sounds, it would be a game changer. I’m happy to say, after testing the hardware and software, this combo package is an investment serious songwriters looking for creative options should consider. It’s not without some bugs, stumbling blocks and is not for everyone, though, as we’ll discuss later on.

The Fishman Triple Play hardware package includes the controller, which adheres to your guitar, a USB receiver, cables, shims for getting the proper string to pickup ratio and brackets to adhere the controller to the guitar. The software package is pretty impressive. In addition to its own GUI interface, Fishman generously includes full versions of Native Instruments Komplete Elements and GuitarRig LE, Notion Music Progression 2 music notation software, IK Multimedia SampleTank 2 XT and AmpliTube Custom Shop and a full working DAW with PreSonus Studio One Artist TriplePlay Edition. This is a valuable bundle of software thrown in to get you recording and editing your music!

For this review, though, we’re going to focus on the Triple Play hardware, Fishman GUI and Fishman’s newest partnership with EastWest, a leading virtual instrument software manufacturer. Fishman and EastWest recently released the MIDI Guitar Instruments Series, a series of five different sound libraries specially designed to translate the guitar’s vibrating strings into specific instruments. The palette includes Orchestra, Ethnic and Voices, Soundscapes, Guitar and Bass, and Keyboards and Percussion, with each offering a wealth of instruments and sound. They are sold separately, each for $149 (or as part of the $24/month subscription model ComposerCloud from EastWest). Many players have found great use for Triple Play in a live situation but we’ve chosen to focus on the songwriting possibilities the Fishman Triple Play and EastWest libraries provide in a studio environment. My setup is Mac OS 10.12.6, Pro Tools 12.8.1 through a Universal Audio Apollo 8 channel.

You can imagine with all this at your fingertips there has to be a high learning curve, and indeed there is. This is not a “plug and play” situation, and definitely a “read-the-manual-first” piece of gear, particularly if you are new to MIDI guitar tracking. The actual Triple Play GUI is much improved since its introduction several years ago but still requires a little bit of time to finesse into your workflow. As such, I would recommend going online and watching tutorials, forums and videos.

To load instruments it is important to note that you need to load them through the Triple Play browser preset menu and not through the Play plugin. Click the open folder icon at the top of the interface to bring up the list of libraries. Then click the plus symbol next to the library title to see the instruments, now click one to load. This will ensure that the customized setting of the Triple Play pickup for each instrument will be kept intact. In my eagerness to get up and running, I missed this detail. Spending time with the manual and checking forums for tips will be time well spent.

Once you are you’re up and running, you’ll be on your way to a one-stop portal of new sounds. And this is where the Triple Play/EastWest combo shines. At times when I’m looking for creative inspiration, especially when on a deadline, I find myself falling back on clichés that are inherent to the guitar. However, when using Triple Play and its vast library of EastWest instruments, a new world of sonic possibilities opens up, and actually makes you approach your guitar playing differently! And even if you’re a guitarist with basic technique, playing a simple major or minor chord and hearing it on another instrument can open up new possibilities in the writing process. For example, if I need to compose a jazz piano track, all I have to do is play the complex chord changes on my guitar using an EastWest piano patch. No more having to painstakingly build extended voicings on a MIDI keyboard one note at a time, and no need to look for a piano player!

The included EastWest patches will really turbocharge your songwriting. I found many groovy keyboard, Mellotron and organ sounds emulating the Beatles, Pink Floyd and similar classic sounds. EastWest has really done a great job capturing the feel of those legendary tones. But dig deeper and you’ll find lots more. Generally, guitarists come armed with their own palette of pedals, amps and tones and don’t often use MIDI guitar patches. But the EastWest guitar patches are not just perfunctory here— they’re quite useful. For example, there’s a beautiful E-bow emulation. On other controllers you may notice notes not tracking when executing a slide up the neck using an E-bow patch. But on the EastWest version its legato is seamless.

The controller is the best tracking device I’ve used yet—no matter what instrument I’m emulating, single notes track effortlessly and seamlessly. The Triple Play/EastWest architecture is much more forgiving than other MIDI trackers, so if you have good technique and hit everything evenly you can play at a good clip and it will track and sound correctly.

As a guitarist, the most exciting feature for me is that it executes guitar-specific articulations such as bends, slides, pull-offs with an accuracy yet to be matched. Notes tracked using the EastWest libraries are rendered the way the instrument being replicated would sound naturally—running the gamut from brass and wind instruments to classic organ swells and double-stop riffs. I was able to do an authentic banjo roll with open strings, hammer-ons and ringing notes, and it tracked nicely—the notes sustained into each other and didn’t sound like staccato picked notes. The flute patch sounds…well, like a real flute player—you hear the smooth legato transition from note to note (whereas on other MIDI trackers you often get two distinct notes, making the sound unrealistic and un-flute like).

Since the tracks are recorded in MIDI, you have total flexibility in swapping sounds and instruments—if you don’t happen to like the first one, just try another patch! You can even use the Triple Play controller without the Triple Play interface and control other virtual instruments in your DAW. The only downside is you won’t get the great articulations that the Triple Play/EastWest combo provides you. For example, the legato may not sound as smooth as it would be using the Triple Play.

As with any discipline, once you get past setup and the semi-steep learning curve, the benefits far outweigh the initial intimidation. Connecting the controller and pickup to the guitar took some time and generally was a bit frustrating. If you aren’t handy setting up a guitar, have an experienced guitar tech set the optimal height and the relationship of pickup to string. This will save you a lot of future aggravation and speed up your workflow right away.

The reality is you’ll have a full orchestra on your guitar— horns, strings, woodwinds, ethnic instruments, keyboards, mallets, orchestral percussion—even choirs—are now at your fingertips! You’ll remarkably cut down the amount of time you need to realize and compose your tracks. And in a world where guitar-playing songwriters have longed to have their musical ideas sound like other instruments, the Fishman Triple Play, bundled with its included software and add-on EastWest libraries, offers an out-of-this-world value. 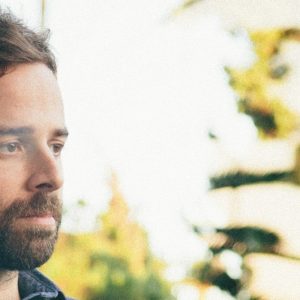