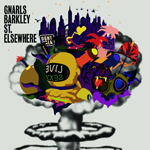 Best Halloween Songs You May Have Never Heard

Looking forward to Halloween? Tired of the same old “Monster Mash” song? Well, we are too. Not that it’s not a great song, it’s just that it’s older than the Mummy and moldier than a swamp zombie. Here’s five more you can play while you’re separating your Kit Kats from your Now And Laters.

“Sixteen” by The Heavy

If you haven’t heard “I Put A Spell On You” by Screamin’ Jay Hawkins, then you’ve probably been too loose on Spooky Juice every Halloween. The ever-present party song has been revamped by English rock band The Heavy, giving the ghostly classic new life.

Full of haunting guitar riffs, the song starts off with the lyrics “the full moon taunts me,” as if it was meant to be played on an eerie Halloween night. Not a song you want to be listening to on your long walk home at the end of the evening.

“The Boogie Monster” by Gnarls Barkley

Some songs freak you out on a whole other level. Dig the existential dread embedded in this tune: “I used to wonder why he looked familiar. Then I realized it was a mirror. And now it is plain to see, The whole time the monster was me.” Oh noes!

This 2005 charity single is the indie rock answer to “Do They Know It’s Christmas?” Also involved: David Cross, Jenny Lewis, and Elvira.

“Frankenstein” by The Edgar Winter Band

It’s scary how good this song is. In fact, it may be the greatest song of all time, if you like nine-minute- long instrumentals from the king of albino prog rock. This Midnight Special version is especially horrific.