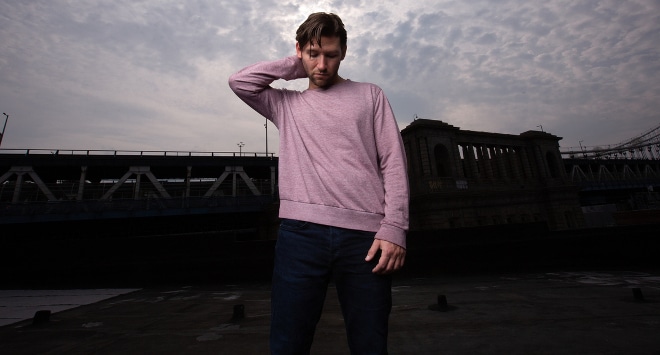 Daily Discovery: Flax Coming Into His Own With “Language of the Birds”

Sean Flax, a television journalist-turned-musician, is proving his potential in the world of music with his project titled FLAX.

On his new song “Language of the Birds” from his upcoming EP, FLAX crafts an ode to the perils of addiction and strives to connect in a compassionate and understanding way.

“I’ve been close to a number of people managing addiction. I wanted to connect with them and our shared experiences through a song that is both warm and haunting at the same time,” FLAX said. “Addiction is a disease fueled by a lack of self-control. Those who are suffering can do a lot of damage, but it’s better to offer them compassion and tenderness rather than anger and alienation. Many of us can relate to the trouble of making the same mistakes over and over again and hoping or believing we will fix them next time around.”

Flax hasn’t always been producing haunting indie folk music. Prior to donning his artist name, FLAX was a TV journalist and documentary filmmaker who worked for various media companies including the BBC, Eurovision, NHK, and Time Warner Cable.

At 33 years old, FLAX’s transitioned into the music world with the help of his producer Zack Feinberg, the lead guitarist for platinum band The Revivalists. The duo’s collaboration to set to produce an EP that’s an “unflinching birds-eye view of modern-day life’s highs and lows, framing topics such as social media, addiction, mortality and identity through the prism of an award-winning TV journalist, documentary filmmaker, and now, singer-songwriter-guitarist,” according to a press release.

“Language of the Birds” serves as just a snippet of that birds-eye view, with FLAX gently easing the listener in with the full-bodied sound of his classical guitar strums. Strings swell as the song shifts into the chorus, accentuated by Flax’s airy falsetto vocals.

The song was years in the making, with the guitar and vocals tracked in 2015 by Grammy Award-winning engineer Clinton Welander and additional parts overdubbed in 2017. The result is a song that taps into pain with refined indie folk grace.

With a sound reminiscent of Hozier and a dash of Wilco, FLAX’s new project will certainly be one to keep your eye on in 2020, with his debut EP is set to release in February of 2020.

“I want my music to impact as many people as possible the way that others’ music has impacted me,” he said. “Whether that means connecting to one listener at a time or touring around the world, I’m all for it.”

0
Tower of Power – or TOP, as they’re known in some corners – has still got it goin’ on. After 52 years...
Read more
Daily Discovery

0
From the woods of Northern Sweden emerges an ensemble of 20-year-old rockstars banging out what has been described as, “Punchie Swedish Indie...
Read more
Home Featured Post