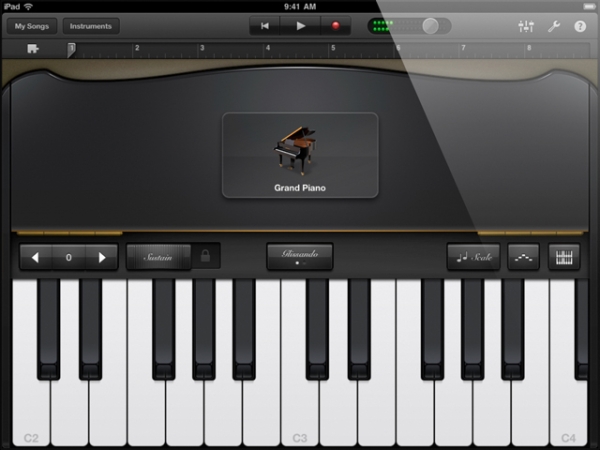 “Anyone can make music now,” said Steve Jobs at Apple’s press event for the iPad 2. Jobs was referring to the new app for Garageband, which will be available on March 11, 2011, in the App Store.

Apple’s introduction of two new apps for the iPad – Garageband and iMovie, which are not built-in for the iPad but will sell for $4.99 – shows that the company is looking at the tablet as the future of music and video creation. In a feel-good video reel, Apple also highlighted the iPad’s role in educational and medical fields.

Jobs opening remarks at the press event were a forceful sales pitch for his company. 100 million iPhones shipped, 15 million iPads (totaling $9.5 billion in revenue in just nine months), 65,000 iPad-specific apps and $2 billion paid to app developers. But, wait, there’s more. “2011 is the year of the iPad 2,” Jobs told the crowd.

Jobs said the iPad 2, which will ship in the U.S. on March 11 and in 26 other countries around the world beginning March 25, is 33% thinner, has nine times faster graphics, and will be sold for the same price as its predecessor, starting at $499.

After highlighting the new iOS 4.3, which will also be available as on March 11, Apple’s press event focused a large portion of time on the iMovie and Garageband apps.

The first generation iPad was immediately popular with music makers and app developers. Major musical products manufacturers like Korg jumped on board with apps like the iElectribe, a powerful synth and sampler, and the iMS-20, an analog synth. There were a whole slew of multitrack recorders like Sonoma Wirework’s StudioTrack and Tascam’s Portastudio. IK Multimedia also introduced app versions of their popular AmpliTube effects aimed at guitar nuts, and DJs got plenty to work with like the Serato app and AC-7 controller for Ableton. The Winter NAMM show this past January was awash with iPad functionality, and one can only imagine that trend will increase.

Seeing all this flurry of activity in the portable music production marketplace, Apple was surely inspired to launch a quality app version of Garageband for iPad 2. Apple’s Director of Music Marketing, Xander Soren, took the stage to discuss features in the Garageband app.

When first launching the app, a touch instrument browser pops up. This adds a nice simplicity to getting started using the virtual instruments, (or “smart instruments” as Jobs later called them). Soren highlighted the on-screen keyboard that has a variety of piano, organ and synthesizer sounds. Apple has built in an accelerometer to measure playing dynamics for the keyboard, so the keys are now velocity-sensitive.

Soren also highlighted the drum kit and guitar features. In addition to various amps and effects, the guitar touch instrument plays chords and full chord progressions instantly, a nice touch for songwriters. “We want Garageband for the iPad to be for everyone,” Soren noted after simply touching chord names to produce complicated fingerstyle arrangements.

The Garageband app also features a track view screen and up to eight-track recording, 250 loops, and easy-sharing of AAC files via email or iTunes. While there are many music production apps that offer more tools, Garageband has turned on countless new bedroom producers. The program is simple enough for beginners and provides a solid foundation to move on to a powerful DAW like Apple’s Logic. A new wave of music production has definitely arrived, and Apple just signed on in a major way. 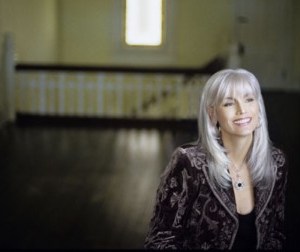 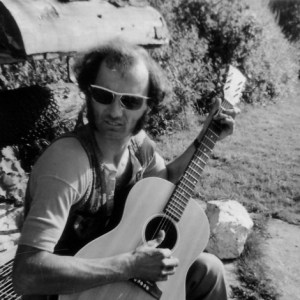